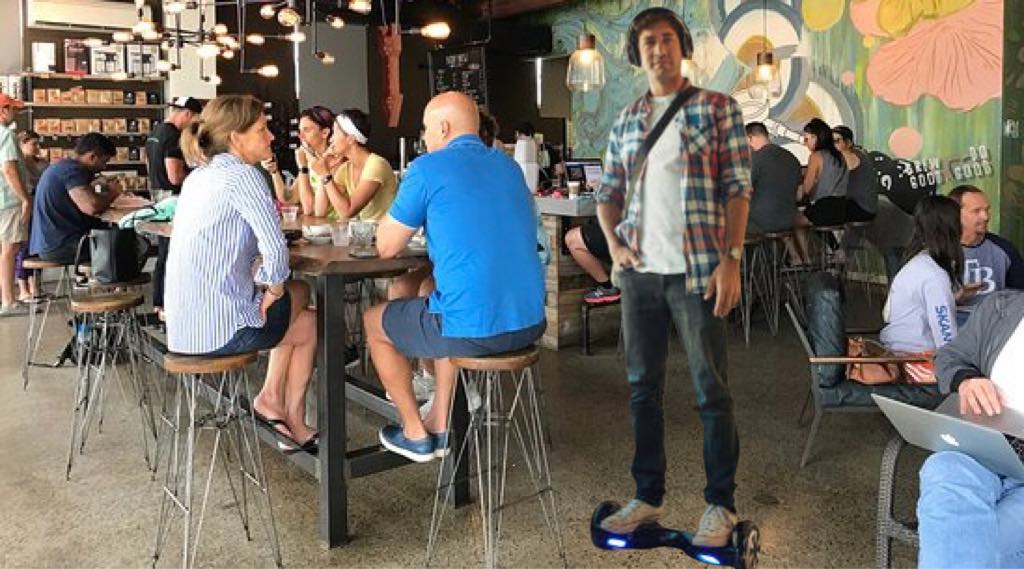 While touring around his new neighborhood, northern transplant Trevor Plumb decided to offer nearby business owners tips to make things more accommodating for him.

“I almost didn’t come in here,” said Plumb who decided to enter a coffee shop without getting off of his children’s toy commonly referred to as a hoverboard. “Yeah, that sign on your door asking people to wear a mask makes it look like this place is being shut down for health violations or something.”

Plumb, who naturally towered over everyone in the shop without the hoverboard, took a sip of the coffee he brought in from someplace else.

Plumb then began backing out of the coffee shop on his hoverboard while trying to tell everyone that the sign on the door will scare away customers.

“I just moved here,” Plumb reiterated, although he didn’t have to say that for everyone to know. “I wanted to see if this would be a place I would want to hang out at, but it doesn’t look douchey enough for me.”

In an effort to stop more people like Plumb from coming into the coffee shop, the owners have decided to install tire spikes for personal mobility vehicles that aren’t for disabled people.

← New DoorDash delivery person already on the verge of being fired for poor customer serviceSt. Pete entrepreneur has innovative idea for shipping containers →