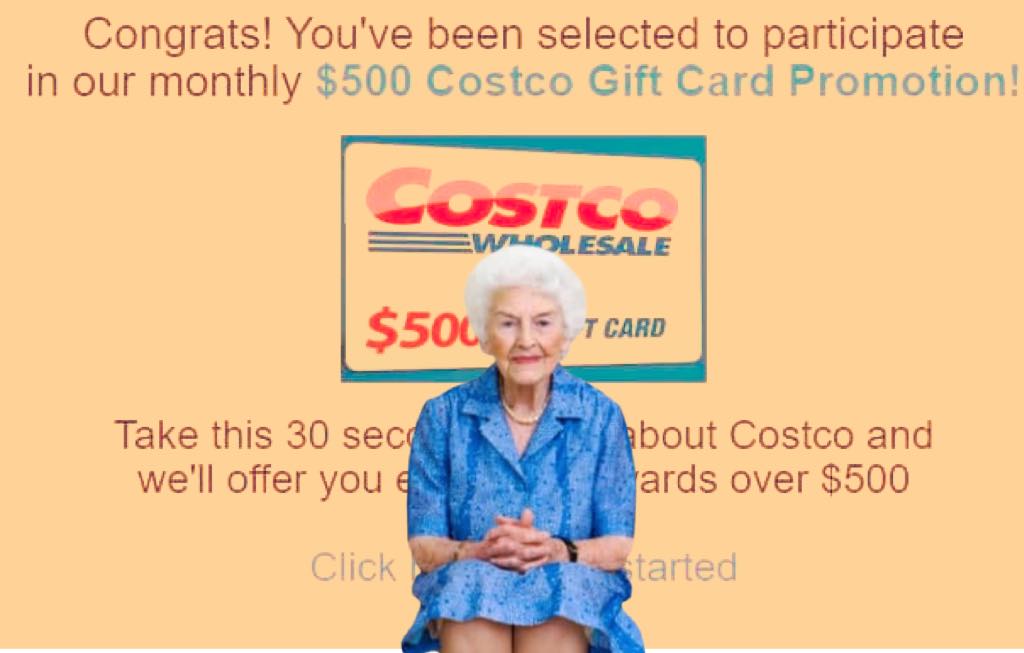 Diane Wooster of Gulfport has made a new friend via an email she received from the internet.

“I had never even met learnto@win.thehealthyfoodstuff.com but they contacted me completely out of the blue and offered me a chance to win a $500 gift card”, she said. “Isn’t that just the nicest thing you’ve ever heard of?”

She clicked the link in the email and entered the sweepstakes but apparently didn’t win because she never heard anything from Costco. “That’s okay. It was still so kind to be given a chance to participate”, she said. “I don’t get invited to do much of anything anymore.”

Since then, she has written several emails to her new e-friend but has yet to receive any replies. “I guess they’re probably busy”, she said.

Her daughter Tara keeps telling her she doesn’t need to respond to emails like this. “I try to explain she doesn’t even need to open most of the stuff she gets, let alone respond to it”, said Tara. “But she says that’s rude and that I should be ashamed of myself.”

“Tara is such a disappointment. I raised her to be better than that”, said Diane. “Somebody went to the trouble of sitting down and writing this to me; the very least I can do is read it and grant the simple courtesy of a reply.”

“I also raised her not to ignore her mother on her birthday, but here we are”, she added.

“Mom, you don’t have a birthday every month”, responded Tara.

Diane said she much prefers learnto@win.thehealthyfoodstuff.com to some of the other virtual acquaintances she’s made on line.

“Ooh, like that awful djtlhj0nv2cy6kf-vhmtrx1wonflwwhl@googlegroups.com, writing to tell me my PayPal account has been suspended. What a stinker”, she said. “That’s not the kind of thing a real pal says to you.”

Overall, she said she is grateful for all the people who reach out to her on a regular basis now.

“I was so lonely, but not anymore”, she said. “I don’t know why they all need my social security number but why would they ask for it if it weren’t necessary?”