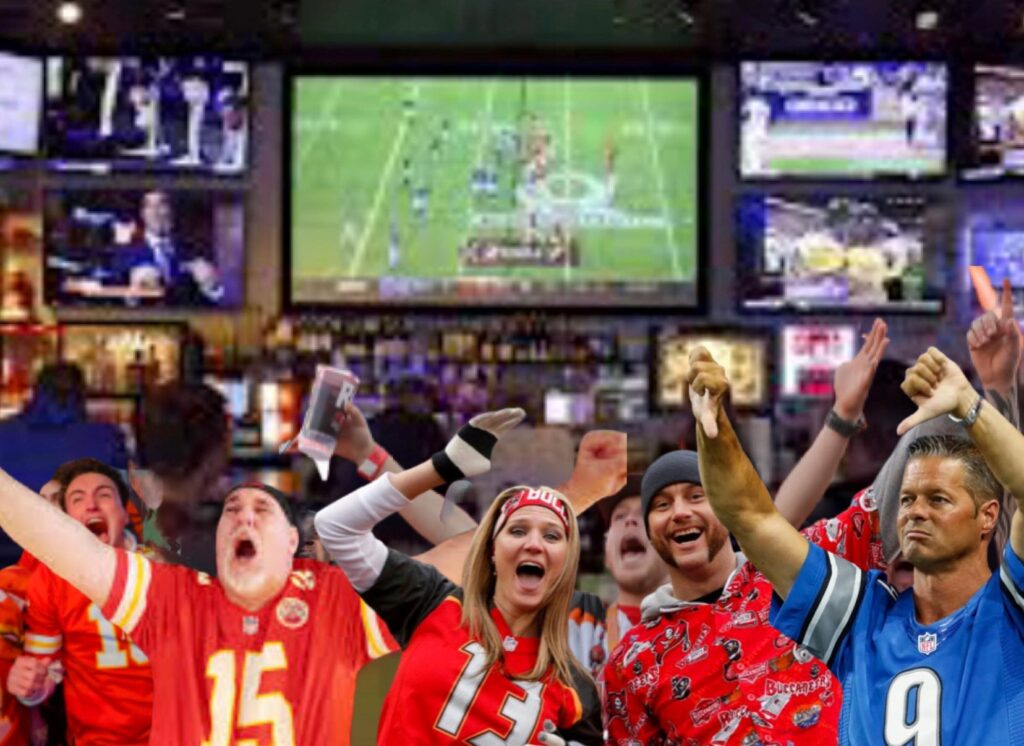 “It’s about an hour before kick-off and everybody is already bummed out because of that guy”, said Mandy Tannenbaum, a server at Guzzlenutz Drink & Sportsery, referring to Didilitz, wearing a Detroit Lions jersey, sulking by himself at a four-top table right in front of the bar’s biggest television. “We’ve got .50 wings, $1 off Bud products, 45 televisions and nobody’s having any fun because he’s hanging around. He rolls his eyes and lets out these exasperated grunts every time the pregame announcers mention the Bucs or the Chiefs. Why is he here??”

Bartender Gary Flinks said, “I think that’s Paul’s cousin. Maybe? I guess he’s from Michigan or something. But Paul isn’t here, so who knows. Weird.”

“Hey, nobody sell him a square, okay? No squares for that guy”, said Tannenbaum, referencing the bar’s probably-illegal, low-stakes gambling pool.

“I’m a football fan, a real fan. I’m not like all these front-running, phony bandwagon types; ‘Ooh, Brady! Ooh, Mahomes’. Give me a break”, he said, gesturing to the Tampa Bay Buccaneers and Kansas City Chiefs fans comprising the rest of the crowd, trying to enjoy themselves. “Since I am a real fan, I support my team no matter what. That means even if they don’t happen to be playing for a championship, or never, ever come close to sniffing what that’s like. That’s why I’m here.”

“Great. Except this is the Super Bowl, not the I Love Football Even Though My Team Stinks Bowl,” said Ed Homble, a Chiefs fan in town from Gladstone, Missouri.

“Yeah, get out of here with your irrelevant, no-stake-in-the-outcome-of-the-game, ‘it’s a football game so I’ll wear my football shirt’ ass”, said Brian Rister of St. Petersburg wearing a Buccaneers Ronde Barber jersey, as he and and Homble high-fived each other.

Patrons and management alike shared the hope that eventually Didilitz would feel so unwelcome that he’d leave, freeing up the primo seating location and allowing Homble and Rister to no longer have a common interest so they would get in a fist fight by halftime.

← TNF Super Bowl LV Prediction Preview: Today will be the most Tampa day in the history of TampaBucs less than hospitable as Super Bowl LV hosts →