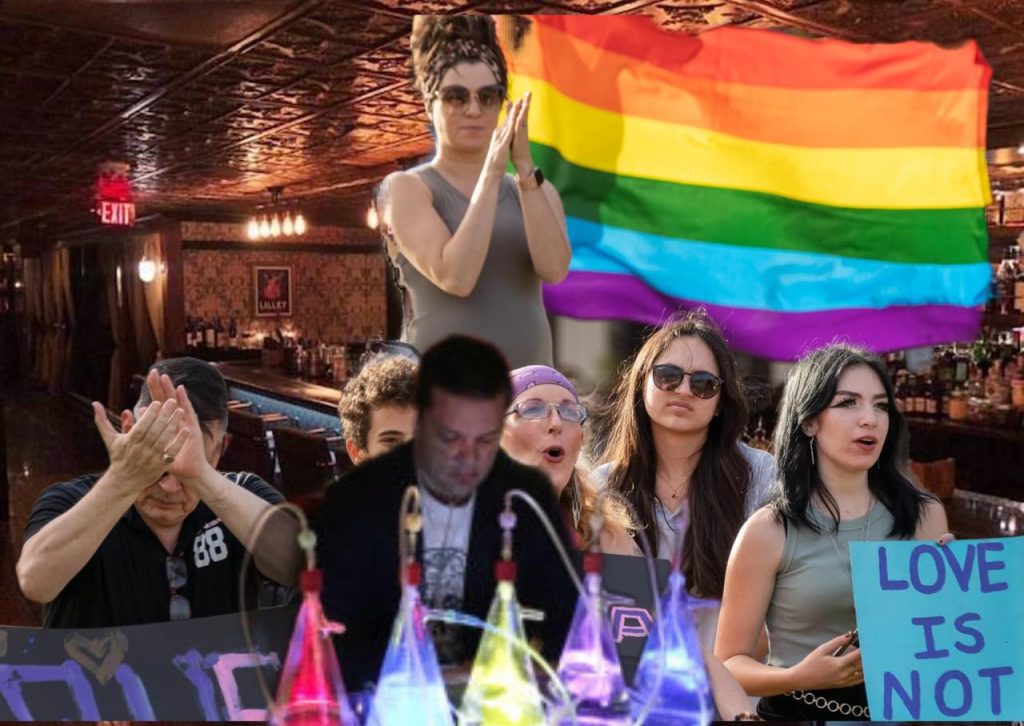 In a move that has shocked and outraged many members of the LGBTQ+ community, a new business called the “Hetero Normative Oxygen Bar” has opened its doors in the heart of Apollo Beach.

The establishment, which bills itself as a “safe space for straight people,” offers a variety of oxygen-infused air mixtures, each designed to appeal to different aspects of traditional heterosexuality. According to the owner, Vern Loin, the oxygen bar was created in response to the growing number of oxygen bars catering to LGBTQ+ individuals.

“We felt like there was a real need for a place where straight people could go to breathe easy, without worrying about being judged or ostracized for their sexual orientation,” Loin said in a statement.

The oxygen bar offers a variety of “hetero-centric” air mixtures, including “Manly Mountain Air,” “Feminine Floral Breezes,” and “Traditional Family Values Air.” Loin claims that these mixtures will help straight customers “feel more comfortable and secure in their own skin.”

But many members of the Apollo Beach LGBTQ+ community are not impressed by Loin’s business venture. “This is completely unacceptable,” said local activist and LGBTQ+ rights advocate, Shanny Lantern. “This oxygen bar is just another example of the kind of discrimination and bigotry that the LGBTQ+ community faces on a daily basis. It’s outrageous that a business would be allowed to operate in such a way.”

Lantern and other members of the Apollo Beach LGBTQ+ community are calling for a boycott of the Hetero Normative Oxygen Bar, and have planned a protest for next week. In the meantime, the owner of the oxygen bar remains unapologetic, stating that he has a right to run his business as he sees fit.

Since opening, the establishment has reportedly sold out of oxygen every night.