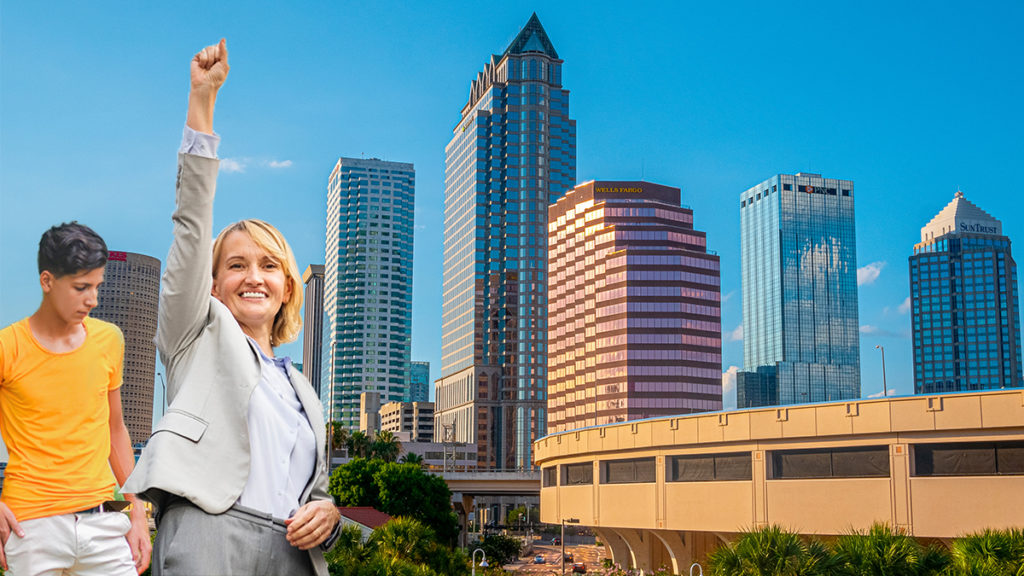 Hillsborough County employs nearly 10,000 people in over 500 different positions and from now on, each of those employees will be assigned to individual tax-paying county residents.

“I got the idea when I was sitting outside the County Center eating a ham sandwich for lunch,” says tax office employee and certified public accountant Sheldon Nerfburger. “This guy started peeing into a traffic cone and a sheriff’s deputy started yelling at him. The guy said, ‘You can’t tell me what to do, I pay your salary’. The deputy started beating the daylights out of him which made me laugh so hard I almost choked on my sandwich. Then I thought about what he had said about paying the deputy’s salary; ‘well, in a way, that IS true, but it also isn’t really… but what if it was!’ Saying something stupid to a law enforcement officer is less likely to get your teeth smashed in if that officer works directly for you. By the same token, if somebody who ISN’T that deputy’s boss smarts off, he’s free to let them have it. Win-win!”

With 1.4 million residents in Hillsborough, each taxpayer will get approximately 140 civil servants, with jobs like sanitation workers, clerks, construction workers, librarians and more, each of whom the taxpayers can treat like complete garbage if they want, because they’ll be the boss of them and this is Florida. Delbert McGuigan of Brandon, who lists his two occupations as “independent pharmaceutical aficionado” and “local man”, lives in the bed of his brother-in-law’s F-150, pays almost nothing in annual taxes and is very excited. “Yeah man, this is gonna be good. 140 slaves, none of which will be able to give me no more back-sass just because they wear ties and socks and don’t shit in a milk carton, like they’re somehow better than me.” Mr. McGuigan is recovering from injuries suffered after a recent misunderstanding involving a Hillsborough County sheriff’s deputy and a traffic cone.

When questioned about what seems like an obvious disparity in the math, as in who’s paying so much in taxes that they can afford to employ nearly 150 people, Nerfburger says, “Oh, I don’t know. I’m not really a numbers guy,” he said, as he indiscriminately smashed the keys on an adding machine with his fists. “Somebody else will have to figure that out. Work smarter, not harder, I guess? Meanwhile, my suggestion got me Employee of the Month!” He added, “I hope whoever gets me appreciates an idea man and gives out sweet Christmas bonuses!”