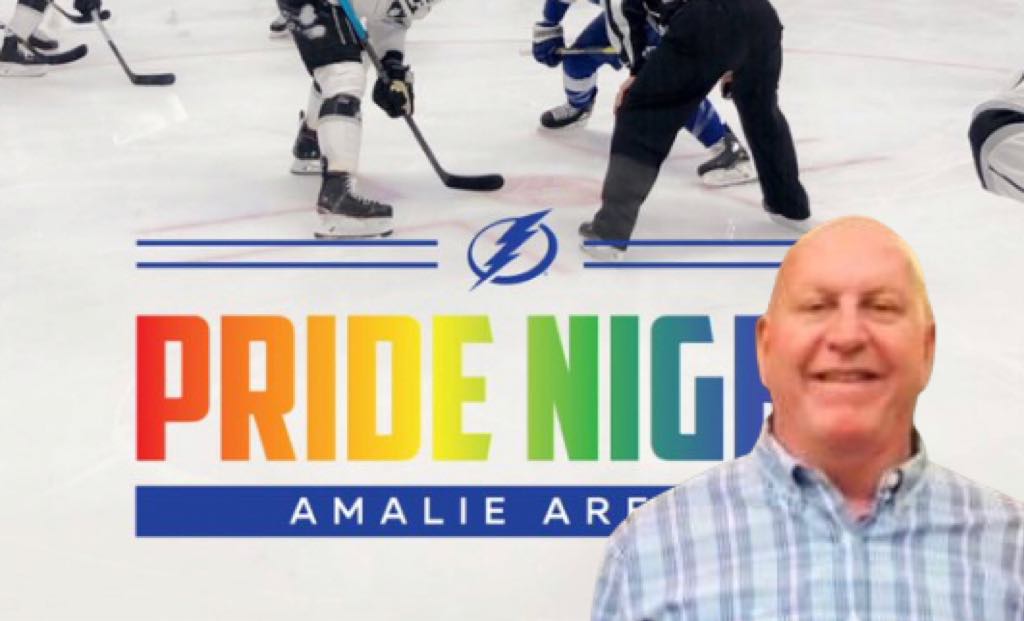 Local bigoted moron Randy Frazier, who looks exactly like you’d expect, is recovering after a recent ill-advised and poorly executed attempt at a sick burn directed toward the Tampa Bay Lightning and the LGBTQ community.

The defending Stanley Cup champion Lightning recently announced a spate of theme nights to be observed at upcoming home games at Amalie Arena, the first of which is Pride night on Tuesday, March 30th against the Columbus Blue Jackets, to which Frazier responded:

“Pride ???? Really? Somehow I don’t see Pride on the same rink as a hockey team !! Unless we’re talking about Blades of Glory.”

The nonsensical and unnecessary comment references the 2007 comedy “Blades of Glory”, starring Will Ferrell and Jon Heder, a film that parodies professional figure skating and not hockey because mean-spirited dummies like Randy Frazier equate figure skating with homosexuality and effeminacy, and any activity that takes place on ice with hockey. It also features excessive, misplaced, repetitive punctuation, as often seen in comments by dolts like this.

Upon receiving backlash including accusations of being homophobic, as expected because he obviously is, Frazier attempted to defend himself:

“Not that I have to explain myself to you but if you knew me I’m one of the least “homophobe” . It’s this continued thought that we must recognize each and everyone of these individual sections of society (it’s like we have to hand out a participation trophy to everyone just so we don’t hurt feelings!). THIS! This is what continues to divide this country! But by all means keep tossing around those labels as if there aren’t any skeletons in you closet buddy ! Go to church. Learn something about equality!”

Randy Frazier, attempting to blame divisiveness and exclusion on something besides his own acknowledged embrace of dividing and excluding people. Also, he wants you to think he goes to church.

Frazier then dropped out of the discussion due to ultimately being a huge coward, which is standard behavior for his ilk, and is likely trying to delete the thread in spite of lacking the acumen to do so, before someone does something to display his ignorance on a wider scale and extend its shelf-life beyond that of the original post itself.

Social media expert observer Trudy Puntsfar of the University of South Florida expects Frazier to do something stupid again soon. “Isn’t it surprising that the dumbest people are the most hateful?”, she said. “That was a rhetorical question; it’s not a surprise at all.”