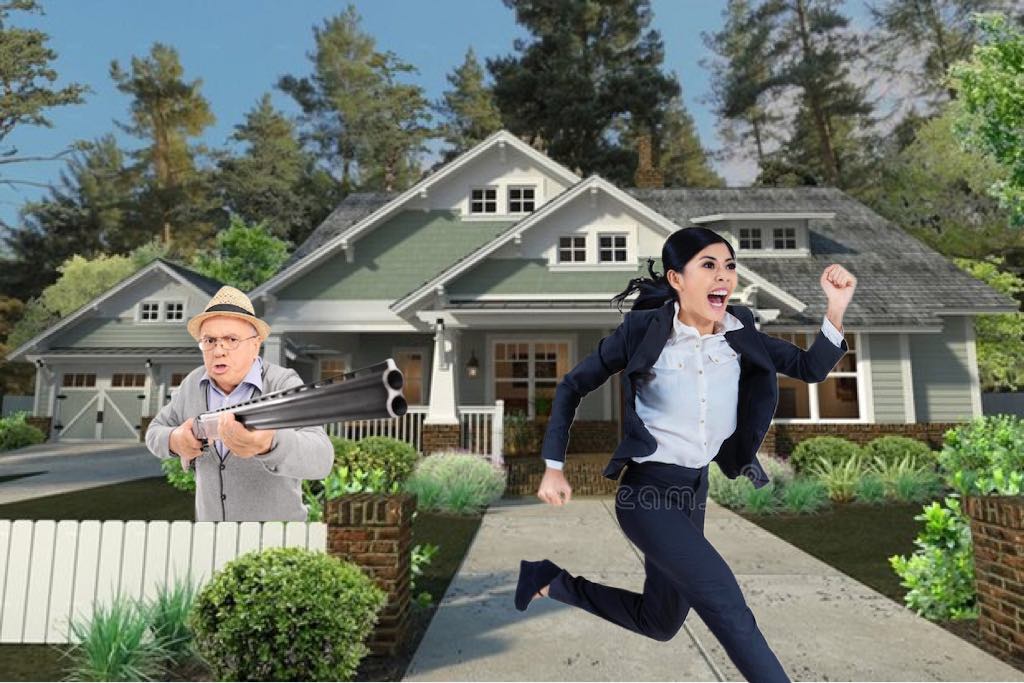 For the first time in history, the State of Florida has begun issuing hunting licenses for people to hunt down and kill realtors.

“About damn time,” said Harold Kinter of Tampa. “I’ve been shooting at these varmints for years. Now I can do it without worrying about getting in trouble.”

The increase over the last few years in the population of the annoying predatory creatures has been attributed to a volatile housing market and extremely easy to obtain accreditation to sell real estate. Properties available for sale have not increased at the same rate as the herd’s numbers. As a result, there are fewer areas available for them to feed and they have been encroaching into areas where they are not welcome, specifically the lives of people who don’t want to sell their homes.

“They’re invasive and breeding at an exceptionally dangerous rate,” said State Murder For The Greater Good Commissioner Herman Patwood. “Basically the opposite of an endangered species.”

“The next time one of ’em wants to call or text me during dinner to make me an offer on my house will be the last time, hopefully,” said Mr. Kinter. “Where the hell are they even getting my phone number from anyway??”

State officials are not currently placing limits on the number of realtors each citizen can kill, nor are they placing restrictions on the types of weapons that can be used.

“All we’re telling people to do at this point is to aim for the head,” said Commissioner Patwood. “You know, Walking Dead style. Because we don’t know if these things could survive a gut shot and keep coming for you but they’re pretty relentless, not to mention rude and shameless so it wouldn’t surprise me.”

“This is unacceptable. The state is authorizing the unnecessarily cruel and brutal slaughter of living creatures and we shouldn’t stand for it under any circumstances whatsoever,” said wildlife activist Marcie Natter of St. Petersburg. “Oh wait; this is about realtors? I thought you were talking about those giant African snails. Never mind.”