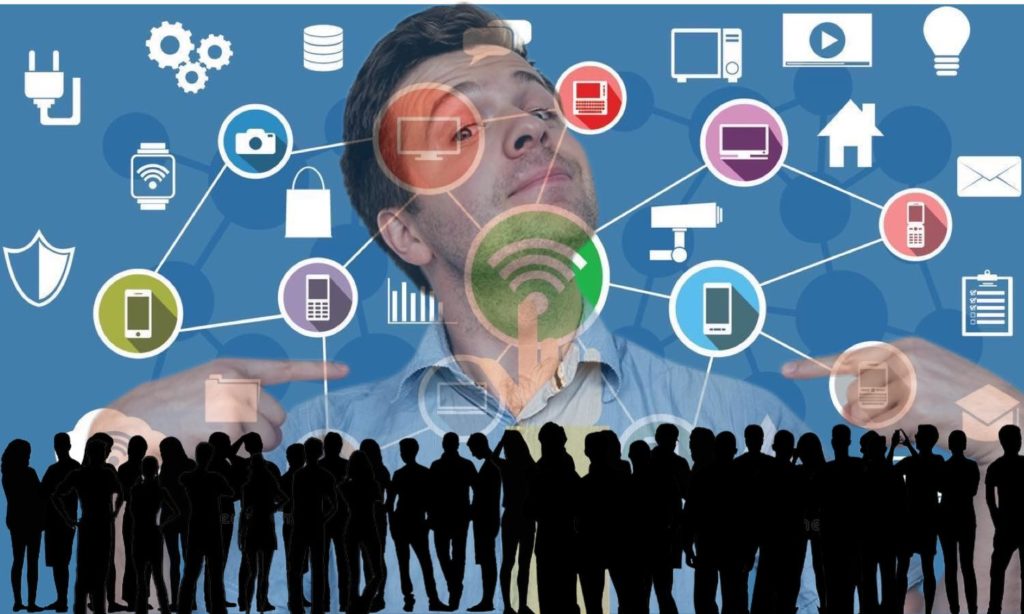 The internet as we know it has been exposed as being consisted of no more than 32 individuals who each control 20 million accounts, to create the appearance of an enormously populated entity.

“Yea, not that many people actually use the internet, it’s all us, you just don’t realize it because you’re stupid and you have no way to check what’s real or fake.” Said Edgar, one of the 32 people who make up the internet.

“You probably think there’s millions of people on Facebook and Twitter and Instagram, no it’s just us, you’re just dumb, you don’t realize you’re being tricked because you have no knowledge of how the internet works, you just believe whatever you see.”

“It’s so easy, we just continue making new accounts and using CGI and after-effects to create fake personas and make you believe the internet is actually a densely populated thing. It’s not. You’re just gullible.”

“I have an instagram account though. And I’m not one of those 32 people you claim the internet is consistent of.” I responded.

“Yes!” I firmly stated, looking down at my phone to realize I actually don’t have any apps.

“It’s all us.” Said Edgar, from the flatbed of the pick up truck through the back window while I drove.

“We make everything, we do everything, you just watch nothing you post actually goes anywhere, it’s just for you, we’re the ones who make up the network of the internet, you’re simply a viewer.” He yelled through the wind as we sped through downtown Tampa.

“Every hot woman you’ve seen, every political press conference, every protest, everything you’ve consumed is all hologram projections we’ve created to zap you of your energy and harness it for our planet-eaters.” Edgar texted me because I could no longer hear his voice because we were driving so fast.

“Honestly, I didn’t ask and I don’t care for you to elaborate, I’m just going to drop you off at the pier and then you will have to release me like you promised.” I shouted at Siri through voice-to-text, back to Edgar.

We got to be pier and the car stopped and jolted forward with a loud thud.

“That hurt.” Said Edgar, standing up in the back of the flatbed and rubbing his head.

“Yea, well, we’re here.” I said back slyly, trying to hide my smile from the joy of making Edgar bump his head.

“So here’s the pier, there’s the water, this is where you wanted me to take you.” I said with a frustrated motion forward towards the place he asked to be taken.

“Yes. Yes, this is it.” Edgar said, with a moment of exhausted hesitation, looking towards the ground, then up at the water and the pier in front of him.

“Ahhhhh.” Edgar began humming a noise and focusing with his eyes closed while placing his hands flat, facing forward towards the water.

The water began rippling, causing a strong current, making a large circle in the water.

Slowly a giant metallic ball covered in flashing lights and glass windows with rainbows reflecting off of it’s sheer.

“What the heck is that?” I asked in shock of what was taking place.

“That my friend,” Said Edgar with a smile, “Is the internet.”

“Well, it’s got trillions of terabytes of digital information inside of it. Completely invincible against any earthly weapon, yet more sensitive than a grain of sand.” Edgar whispered.

“I don’t know what that means.” I responded, eyes still stuck on the giant mass of machinery floating above the ocean.

A crowd began to quickly gather around us.

“F***, nobody is supposed to see this.” Edgar reacted.

Suddenly the ball no longer floated, and it dropped with a loud splash back into the water and began to sink.

“Why did you show me this? Why did you bring me here?” I asked, vapidly.

Then Edgar faded away right in front of my eyes, into a cloud of mist.

The crowd shrieked and screamed and dispersed as quickly as they gathered.

The shackles that were laser-attached to my wrists and feet then dropped off and rotted in a matter of seconds.

“None of this makes any sense.” I said to myself as tears began to fill my eyes.

“Why did this happen? What was this? Why me?” I asked on the verge of a mental breakdown.

“There must be some meaning to this? Something? Anything?” I begged for understanding.

But there was none.

And I got back up into the driver’s seat of the truck I borrowed from my colleague who was surely wondering where I went and why I had borrowed it, but I knew there was nothing I would be able to tell him to explain what had just happened.

“Well…” I paused while driving in silence.

“At least I have something to write about.”