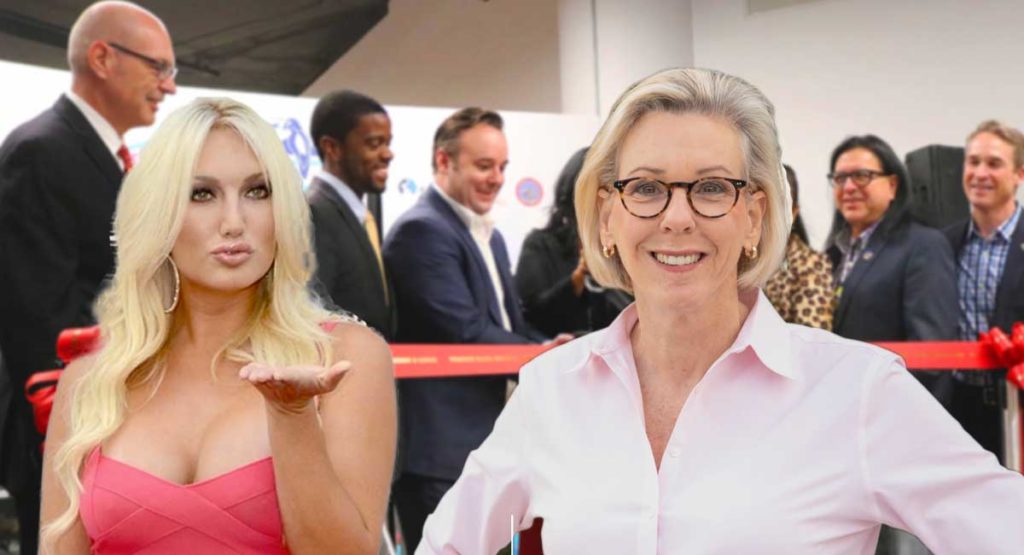 In an incredibly fast turn of events, Jane Castor has accomplished all the goals she laid out during her campaign in less than two weeks.

“Hasn’t even felt like I’ve been done with my first few hours as mayor,” Castor said while stopping for a quick ribbon cutting ceremony at the new Brooke Hogan Library and Neighborhood Restoration Center near Kennedy Blvd and Dale Mabry Highway.

This marks the 148th ribbon cutting since being handed the keys to the city less than two weeks ago. Castor has also spearheaded community relations projects and transportation initiatives that have already seen tremendous results.

“As soon as I became mayor of this great city, our crime rate dropped to less than 1%, our quality of life has risen 88% above the national average, and every job hiring right now starts at $17 an hour minimum with no experience plus benefits,” Jane Castor then kissed a few babies flashed a peace sign and got a message on her pager.

Brooke Hogan completed assisting the hundreds of homeless immigrant families at the new library and neighborhood restoration center on Kennedy Blvd, and came out to ask Jane Castor if she had time to hang out to read a few books for the children.

“You know what, I think I have a few chapters of C.S. Lewis in me,” said Castor before pulling out a copy of Prince Caspian, the Return to Narnia, and heading inside to read for the kids.

I thanked Brooke Hogan for having me at the community center she help found through a partnership with the new NBA Basketball team, the Tampa Bay Magic, who have airlifted the Amway Center and installed it next Raymond James Stadium in exchange for all of our strip clubs.

The Tampa Bay Rays have also announced they will be constructing their new stadium on top of Steinbrenner Field so that all the sports teams are close together and can partner up to bring BASEketball back.