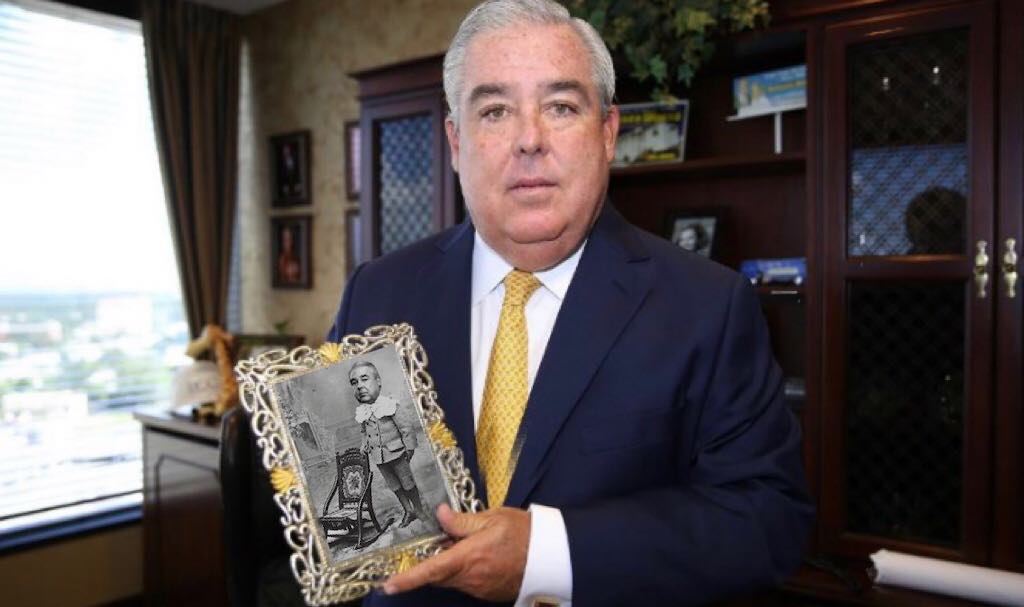 Celebrity bus ad lawyer John Morgan will be hosting a high-end gala at an undisclosed location somewhere in St. Petersburg tomorrow night to celebrate the end of Ulgaraülg, a month long fertility festival.

“My greatest passion, aside from pandering to stoners, is my membership in a secret society whose name I can’t reveal for obvious reasons”, he said. “It’s my turn to host the celebratory gathering and I’m very excited. It’s going to be quite a party!”

He explained the philosophy behind his cult. “Okay, first, it’s not a cult, but our mission is to inspire women to greatness. It’s our belief that nothing motivates someone to succeed like undue stress and overcoming difficulty, and what’s more stressful and difficult than being pregnant in Florida during the summer? The purpose of Ulgaraülg is to try to get as many women pregnant during November as humanly possible so that newborn whelps are delivered in August, the most oppressively hot month of the year. I’m making crab puffs tomorrow!”

He said members of the order have to host the event and provide the meal and refreshments because outsiders can’t be trusted. “Don’t worry, the buffet I’m providing will be extravagant and the party will have everything”, he said. “Except sex, of course. Too much risk of the neonates that result from any carnality coming to fruition in September, which is a direct violation of our sworn oath. What do you think of having hummus available as a vegan option?”

Morgan said, “I was born in March because so many women, like my mother, are shiftless and slothful. Our goal is to prevent as many women as possible from following the path of the indolent.”

He says that while the festival of Ulgaraülg happens every year, the celebratory gala only happens during years when November ends on a Monday. “The last one was in 2015 and the next one after this won’t happen again until 2026. The best litters are always sired then”, he said. “Do you think I should do rumake? I love it but not everybody is into it. What the heck, I’m doing it!”

The party is tomorrow night at 9pm, but if you’re not wealthy enough to already know about it and you didn’t get a woman pregnant this month, you’re not allowed to go.