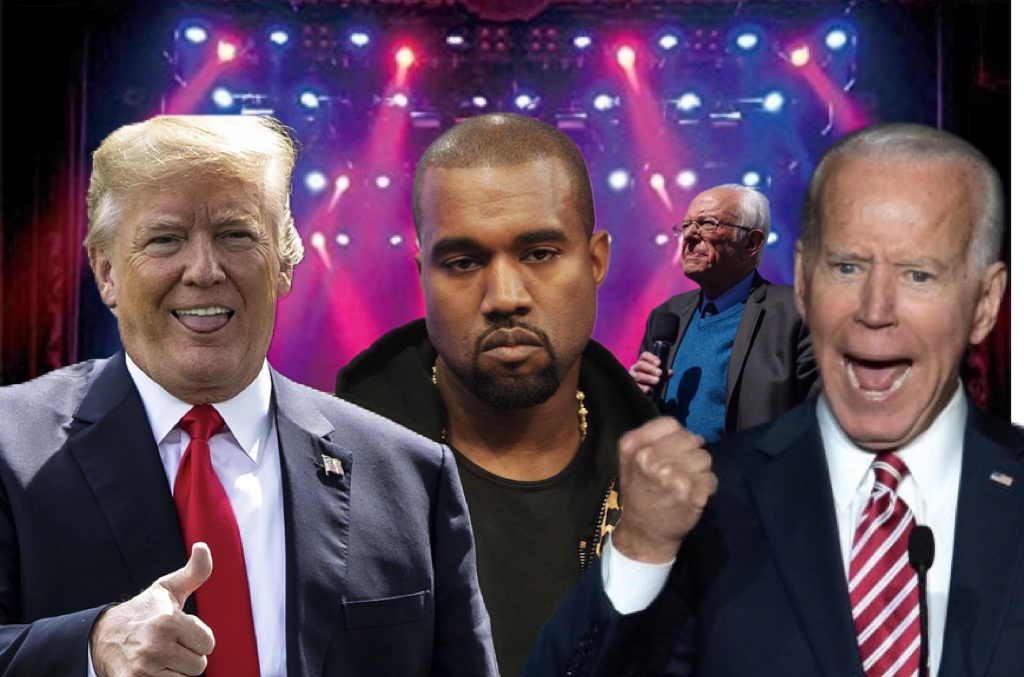 At the end of July, Kanye West will be releasing a new track which is to feature both President Trump and Joe Biden. It’s poised to be the hottest song of the decade.

Alas, a song so important, Apple released a push notification which took precedence over Amber and weather alerts alike. Never in the history of Apple has a song ever once warranted its own push notification.

President Trump says “it will hit the Top 100 Billboard within hours, minutes, seconds… MILLISECONDS…. of its release. It will be a hit. It will be the fastest song to ever hit the Top 100 Billboard because there is no other song as great as this song. This is the greatest song in the history of all great songs. Even Frank Sinatra, he has good songs, really good songs. Don’t get me wrong, his songs are good. His songs though, nothing compared to our song. Frank Sinatra, none of his music really could be compared to this song.”

It’s been rumored that Bernie Sanders may be making a brief celebrity cameo, though TNF has been unable to confirm or deny whether this is true.

There will also be a short country interlude composed by Billy Ray Cyrus. After Old Town Road was glaringly successful on pop, hip hop, and country channels alike, Kanye took a page out of Cyrus and Lil Nas X’s book.

Local radio station 933 FLZ has a contest scheduled for the song’s release. The first person to call when the song first hits will win a lifetime supply of White Claw.

The trio has yet to officially announce the title of the track, but the top contender is “Make America Goldiggers Again.” Biden does not seem to be on board with this title. In recent interviews, it’s clear he feels left out and wishes he had more input.

Stay tuned, this song is sure to be on the 2030 edition of “Now That’s What I Call… are we seriously still making these… Music”.