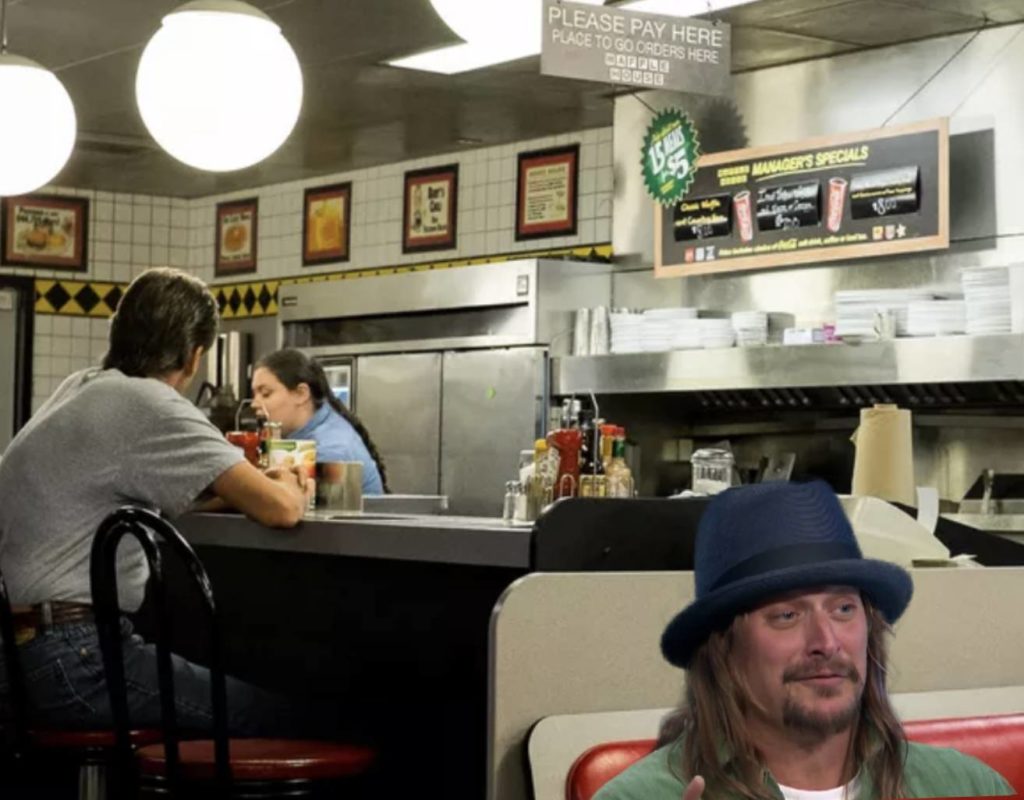 Oh you want an actual story?

“This is a huge honor for me, this place has been my ride or die since day one,” Kid Rock tells me as he digs into my plate of hashbrowns that I had ordered before he arrived.

“Time to play some jams,” Kid Rock announces to four other people in the dining room as he made his way to the jukebox to play some of his old songs. “Who remembers this one, I want to hear yall sing it with me.”

Kid Rock proceeds to run up and down the restaurant singing along to his hit tune Cowboy.

When no one was singing along, he came up real close to my face and said, “You’re not a real fan!” Rock proceeded to throw napkins at me.

Without looking back at him, I slowly made my way to the jukebox and put on his hit song Bawitdaba. I turn around and make eye contact with him as the song builds up, we both start rocking out and yelling the lyrics.

After our duet, Kid Rock informs me that my hashbrowns have been paid for and that I can be his plus one for the Waffle House Awards Gala.

The rebroadcast bootleg of this years’ awards ceremony can be checked out from your local library starting this April.