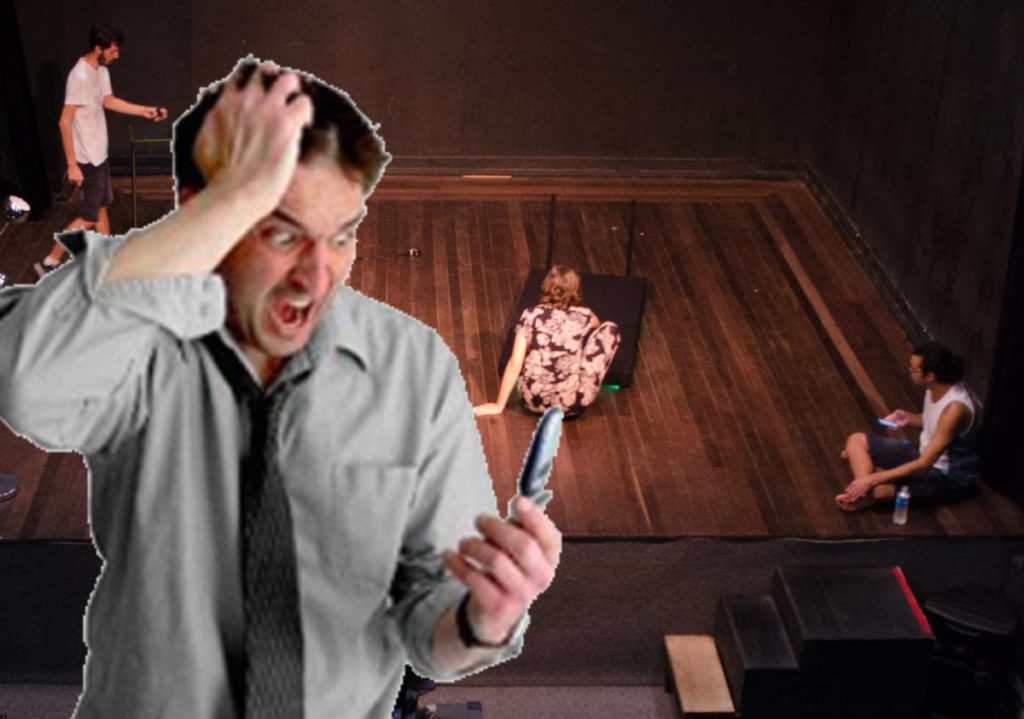 A show being presented at Blake High School is confusing theater patrons who desperately want to see the wildly popular “Hamilton”, currently in residence at the Straz Center.

“Hamilton” is a sung-and-rapped musical about the life of American Founding Father Alexander Hamilton, with music, lyrics and book by Lin-Manuel Miranda. B’ll B’ll’s “Hamburton” is a sung-and-rapped musical about some fictional guy who owned slaves and is credited with inventing bucket drumming, with some music and lyrics written by B’ll B’ll and others apparently stolen from Big Daddy Kane’s 1990 album “Taste Of Chocolate”.

“Clearly Mr. B’ll B’ll is attempting a cheap ploy to cash in on everyone’s love for “Hamilton”, says Blake principal Martin Snurlf. “I want to be clear that while Blake is a performing arts high school, we are not presenting this show or even affiliated with it in any way; he keeps sneaking into our parking lot after hours with a flatbed truck he uses as a stage.”

Alfonso Deeble is one of those who fell for the ruse. “Yeah, I was on TicketCramp.com and saw these tickets that were way cheaper than others. I thought there was a couple typos in the description so I scooped ‘em up,” says Deeble. “My wife and I knew there might a problem when we arrived and couldn’t actually go inside the building. We knew for sure we’d been had when we noticed one of the characters, a Revolutionary war general, was wearing Reebok’s.”

Deeble goes on to say, “Actually the show wasn’t half bad. You don’t expect a story about slavery and the founding of our country to have a climactic lightsabre battle so that was cool.” He added, “My wife is still really mad at me though. I get that.”