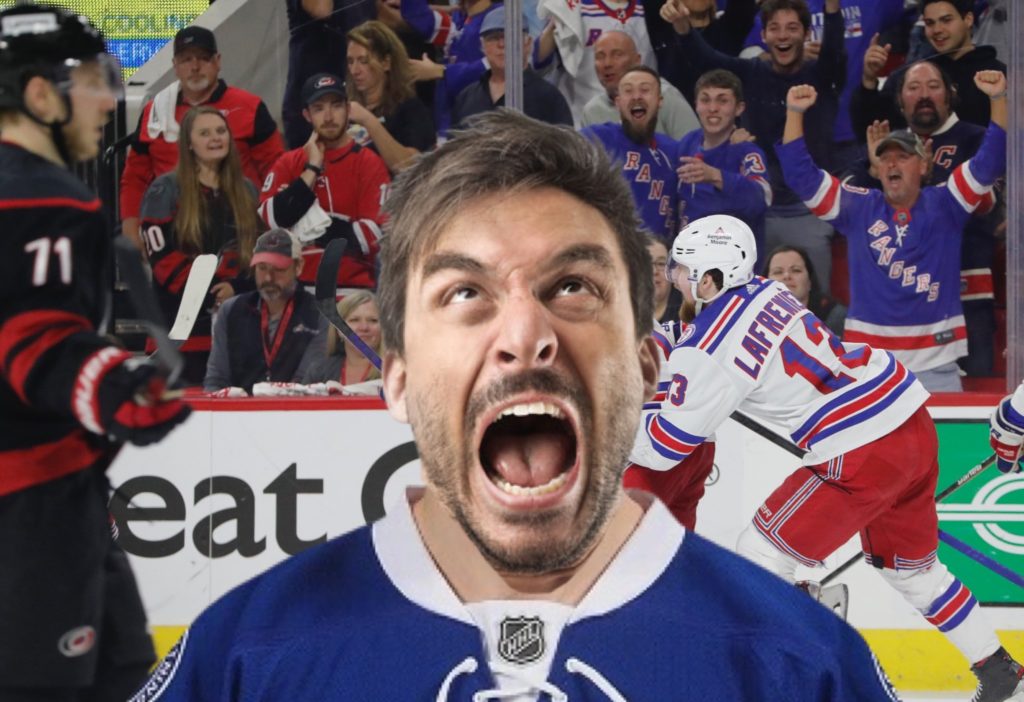 Tom Fidness of Tampa is amazed that ESPN’s announcers didn’t mention the Tampa Bay Lightning during tonight’s second round playoff Game 7 between the New York Rangers and Carolina Hurricanes very much.

“It was all Rangers this, Hurricanes that. Like they were the only teams that matter”, said Fidness about the game between the only teams playing tonight. “Uh, hello? Tampa Bay Lightning? Two-time defending Stanley Cup Champions? Preparing to play in the Eastern Conference Final for the third year in a row? Hello?!?”

“Sure, they mentioned those things a few times but not really that many times”, he said. “Like how the winner of the precious Rangers-Hurricanes game would play the Lightning in the Conference Final. They did  mention that a lot, actually… but just so they could talk about how important this game was some more. Ridiculous.”

“It’s just further proof that the media obviously hates us and has a huge anti-Tampa Bay bias. Just like how they never talk about Tom Brady.”

The Rangers beat the Hurricanes 6-2 and will host the Lightning in Game 1 of the Eastern Conference Final Wednesday night.

“God! Would you PLEASE shut up about the Rangers and the Hurricanes!”, screamed Fidness.