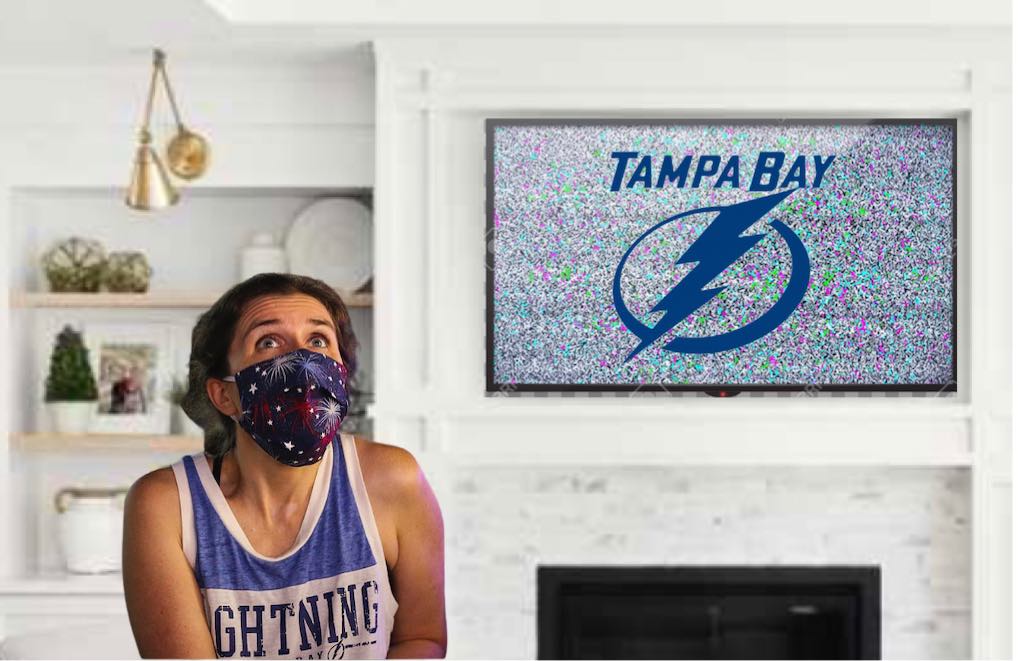 A bitter battle over carriage fees between Sinclair Broadcast Group, which owns Fox Sports Sun and 20 other regional sports networks across the country that have rights for NHL, NBA and MLB teams, and the cable and streaming subscription services that no longer carry the stations continues to wage with no resolution in sight.

This conflict, coupled with Amalie Arena currently not allowing fans inside to watch games in person, has resulted in no way to watch the Tampa Bay Lightning play this season. As a result, fans of the defending Stanley Cup champions are looking for creative solutions to the problem.

“It’s really no big deal, I don’t know why everybody is complaining. Every game is on the radio, and that’s a fine way to follow the Bolts”, said Pete Lamirowitch of Tampa. “Oh wait, I just remembered that I’m not an eight-year-old trying to listen to Mickey Mantle against the Brooklyn Dodgers during a World Series in the 1950’s, so no, it isn’t fine. It blows.”

Cathy Bromwurst of Seffner said, “My son is a hacker. Well, he says he is. I know when he’s not in school or working at Arby’s, he’s in his room on the computer. He must be doing something productive in there, learning valuable life skills. I’m trying to get him to hack me into the broadcasts. Mama needs her Hedman!”

“I have a nephew in the Navy”, said Bill Foomp of St. Petersburg. “I asked him to access the games from one of their spy satellites and Morse Code me play-by-play but I guess the Navy doesn’t really use Morse Code anymore. That’s okay; it’s not like I know it either.”

Dave Wickers of Tampa said he’s going to fly his drone over the stadium and watch the games that way. “I’ll just hover right over the field and watch all the games that way. What are they going to do, shoot it down?” When he was informed that hockey games are played indoors, he replied, “Eh, I don’t care. I just like flying my drone.”

“Here’s my question; if most of us can’t watch the games on Fox Sports Sun, who are they broadcasting to?”, asked Roger Wheeley of Temple Terrace. “They might as well record that and put it out as a podcast. Because a couple of guys sitting around talking to nobody is what a podcast is.”