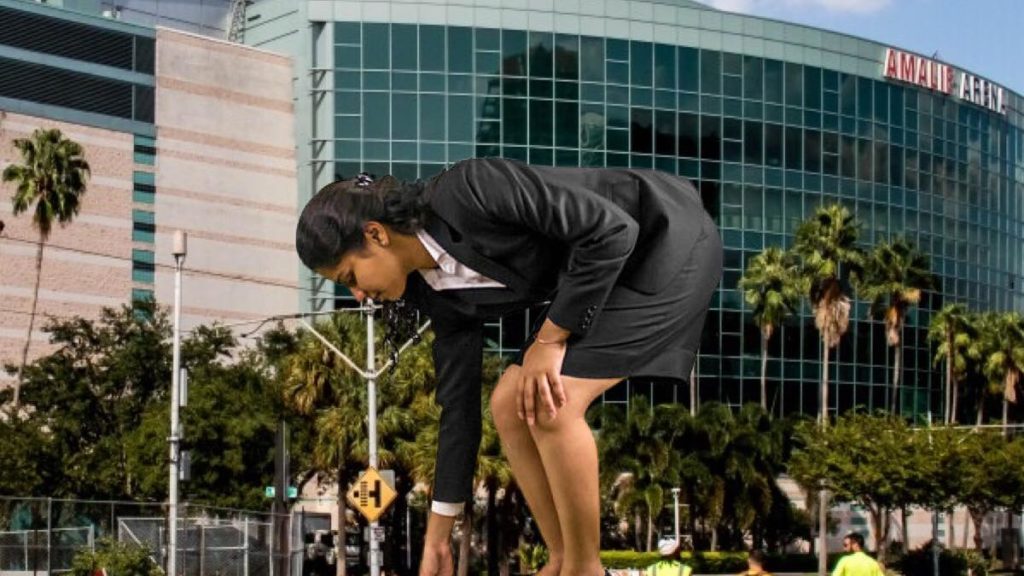 At last night’s NHL Eastern Conference Final game between the Tampa Bay Lightning and New York Rangers, which the Lightning won 4-1 to even the best-of-seven series at two games apiece, the goal horn went off after a shot from Lightning defenseman Jan Ruuta went wide of the net at the 14:50 mark of the first period, causing a temporary stoppage in play.

This afternoon, the horn went off again around 12:30 when USF student Natalie Hendernandez stopped to pick up a notebook she dropped on her way to the USF Health Morsani College of Medicine building across the street from Amalie Arena, causing a temporary stoppage of traffic.

“Yeah, I was running late for a meeting with my advisor and I dropped my notebook so I just bent over to pick it up,” she said. “I wouldn’t have been surprised if some guy in a car honked, because sadly, some guys think that’s cool for some reason. But I never expected a damn building to honk at me.”

Reached for comment, the goal horn said, “I don’t understand; this never happens to me. Ask anyone! Now two days in a row? So embarrassing. Maybe I’d better get checked out or at least work more banana and avocado into my diet. This is ridiculous.”