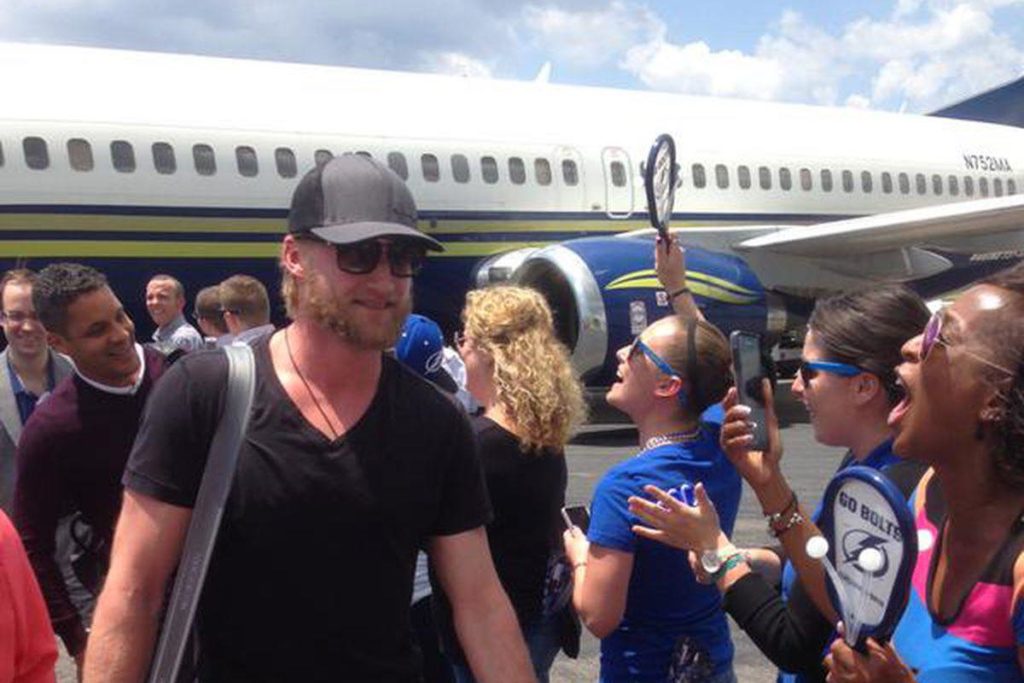 The Tampa Bay Lightning left for Denver yesterday, two days early in order to adjust to the higher altitude prior to Game 5 of the Stanley Cup Final against the Colorado Avalanche, a series in which the Lightning currently trail, two games to one.

“We didn’t play very well out there in Games 1 and 2. Especially game 2. Oof! But it’s entirely possible that not being able to breathe was a factor,” said head coach Jon Cooper. “We came out one day early last time so this time we’re coming out sooner – or is it earlier? Earlier. Yes. Earlier to see if that helps.”

When asked how the team will handle Game 4 tonight at Amalie Arena when they’re almost 2,000 miles away in Denver, Cooper said, “Hockey is all about making adjustments, especially at this point in the postseason. We’re very good at that, you know. That’s why we’ve won the last two Stanley Cups. So we’ll just have to make some adjustments, that’s all. No big whoop. Don’t worry about a thing.”

“Remember, I’m a genius,” he added while winking charmingly.