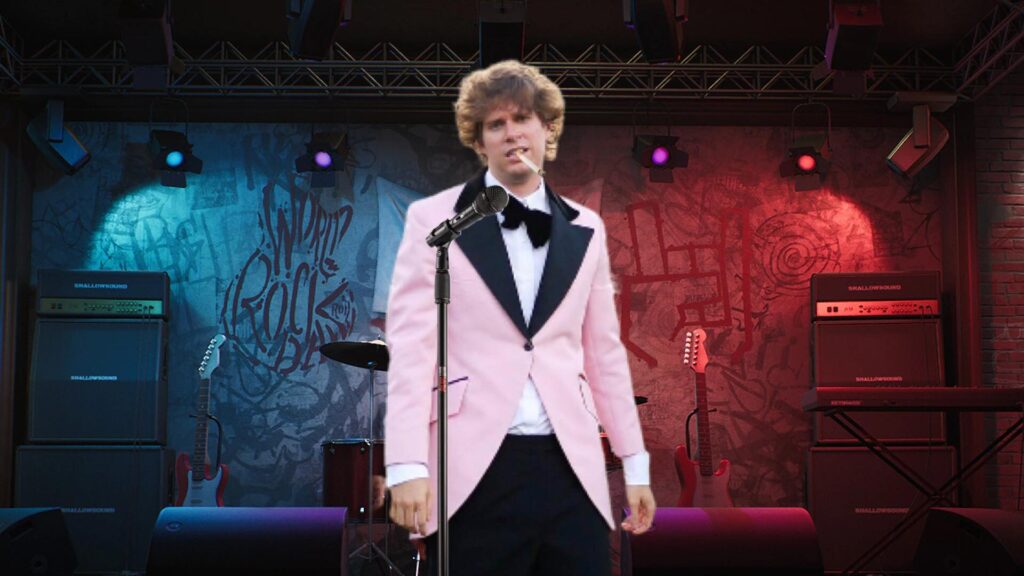 Jon Jacobs, a stand up comedian that has been performing in the Tampa Bay Area for over one and a half decades is calling it quits.

“It’s just not working out for me.” Jacobs said, smoking on a very low cigarette he picked up off the ground.

“Nothings worked out for me, I’m not getting anywhere, everyone tells me I’m not the main ‘John Jacobs in town’ and that because I have a similar name to a comedian who already lives in town, I’m not going to make it.” He said.

“Well yea, I understand that, because I’m the comedian named John Jacobs, and we have almost the exact same name, and I’ve never heard of you.” I responded.

“Where do you perform, I’ve also been performing for 14 years and we’ve never crossed paths, it’s surprising I’ve never heard of you this is quite a strange phenomena.” I said.

Jacobs then explained to me that he had performed 3 times over the 14 years and they weren’t at comedy venues, he would just do some street jokes he read on the internet before his friend was setting up the equipment for a mixed open mic, he told me the microphones weren’t even on when he told the jokes, but he was very stern with me and insisted that he had been a comic for 14 years.

“Yea, it feels like nobody ever even gave me a chance.” Jacobs said defeatedly.

“I don’t know why I didn’t get an HBO special or at least a Netflix special, I mean come on, there giving comics like Melissa Villaseñor their own specials, I deserve at least one”

I point out to him that Villaseñor is supremely talented and a tenured cast member of Saturday Night Live, but he waved me off like I was speaking an alien language.

I also brought up the fact that he had only “performed,” in his words, 3 times over 14 years and he didn’t really put much effort into his endeavor.

He said, “Yea, sounds like some libtard bulls**t to me.” Then he put out his very tiny cigarette at this point into an open can of Busch Light which he subsequently forgot doing and took a drink out of the Busch Light can, then spit all over my legs in disgust.

I told Jacobs that I was annoyed at this waste of time assignment and that I should have never been asked to cover this non-story, and he didn’t even understand what I was talking about and just kind of shrugged.

After a few moments passed he asked me if I was there to fix the radiator, and I said “no” then I left.

Jon Jacobs will not be doing anymore comedy as of now, which would have remained unknown unless I reported it. This is the only time anyone will ever see the name Jon Jacobs printed in a publication until his timely obituary.

Sorry, that was rude, I’m just a little peeved about being sent out to do a story about an unreal comedian who shared my exact name, minus the h. I’ve been doing stand up for 14 years nobody does stories on me, meanwhile I drive 45 minutes to talk to some nobody who never actually really did stand up, and this is the person gaining notoriety? He literally hasn’t done anything in the artistic field in the slightest! If anything he’s anti-art, he couldn’t be further from creative, which is where we draw our inspiration… Oh my God… We need the Jon Jacobs’ of the world or unless there would be no other side of the coin. When we talked, I felt, “I couldn’t be any less like this guy,” which means, I am the opposite of him! And he was awful! So that must mean I’m good! And I wouldn’t shine if there weren’t dull pockets of humanity like Jon Jacobs. Wow, thanks Jon Jacobs, if it weren’t for you, there wouldn’t be no me, and that’s why I’m gonna ride for you. Forevermore.