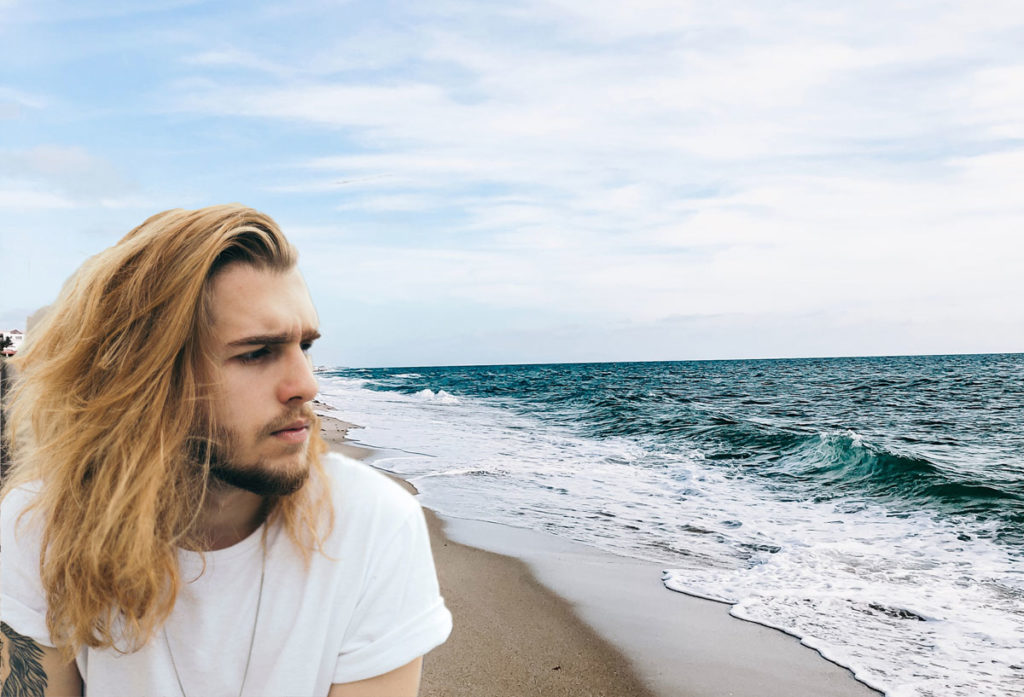 When asked about his move across the bridge, he couldn’t be any prouder. “I’m so happy!” Says Bryant Chett, a man with hair slightly passed his shoulders. “It gets in my pho sometimes so I have to tie it back, but I’ve been working with a bun, a pony-tail, a samurai themed thing I can’t really explain, and pigtails.”

He plans to apply for asylum in St. Pete as that’s the only way one is allowed to legally take residence in the city.

“I understand the process.” Chett says. “I know that it’s a place for creatives who have been hurt and don’t want strangers to show up and hurt them again, so they need to put you through a rigorous vetting process which includes growing your hair to a certain length to prove that you ‘don’t care’ yet you ‘also care more than anyone else.’ It’s hard to explain.”

Chett doesn’t come off as a particularly ‘weird’ person however by societal norms, but some may consider him ‘different’. He’s a very kind man which I learned as we hiked through the mountains of Chattanooga for a week and a half together.

“Can you believe they’re paying for me to travel with you just for this story?” I say (flashing back to our time spent together hiking, as now currently, we’ve finished our adventure, and are drinking tea dockside at Sparkman.)

“I can’t believe it!” He says. “Normally corporations wouldn’t pay enough mind to me, because I don’t have a large expendable income, however I am currently living in a two-story loft off of an inheritance I got from my grandfather when I was 16, but I live humbly.” He nods.

Chett has all the qualities of someone you would love to hate, however he’s extremely likable and you can’t find a reason to dislike him. “When did you know you wanted to move to St. Pete?” I asked.

“Well I was on a missionary trip in Uganda with the Princeton Yacht Club, and we were building homes for 12-hours-a-day while also entertaining the children and handing out money to any and everyone who approached us, but I thought, ‘there’s got to be more to life.’” I’m confused by his answer so I ask him to elaborate.

“Well I mean, I was already doing everything right in life, good grades, good friends, charity work, never spoke a negative word about anyone, and I was always the perfect boyfriend, but I just thought, ‘there’s got to be a bigger purpose,’ you know?” I’m not really sure, as Chett seems he described the perfect life, but he goes on.

“I guess I just like art.” He shrugs. “Museums, beaches, beautiful architecture and kind people. I guess I realized that St. Petersburg was the perfect Utopia of kind-hearted individuals, especially creatives!” He blows a snot rocket that lands on my big toe.

“I really don’t want to like you, which is unlike me!” I say. “But I do like you, and I have the urge to want you to like me too. Like respect me. Like a mutual respect we have for one-another we share over a bond of our weirdness.” Chett looks uncomfortable that I used the word “weird.”

“I’m sorry I said weird,” I say.“I mean like, we’re different but can still have a good time and relate to one-another even though we have different backgrounds and mentalities in life.” He’s really off-put by what I said and looks like he wants to walk away from me.

“So do you have everything you need for the story?” He says.

“Yea, I guess so.” I say. “It was pretty much just about the fact that your hair was long enough to move to St. Pete, all this extra stuff is just filler for the story really.” He blankly takes in what I just said. “Ok, well it’s been cool hanging out and everything, but I’ve got to shower before my plans later tonight, so I’m going to go.”

“Oh, uh,” Bryant begins scratching the back of his head and looking down, “I’m meeting up with some friends on Central later and we’re probably going to drink a little bit, maybe listen to music at Ruby’s.”

“Yeah it does.” He says. Then he walks away.

I have his number but I’m afraid to text him because I don’t think he wants to be my friend or hang out with me. But I don’t think he hates me. I think he kind of just tolerates me, and he knows he doesn’t have to hang out with me again in the future so he’s being polite as he can in the moment know that he’ll never have to suffer through my presence again.