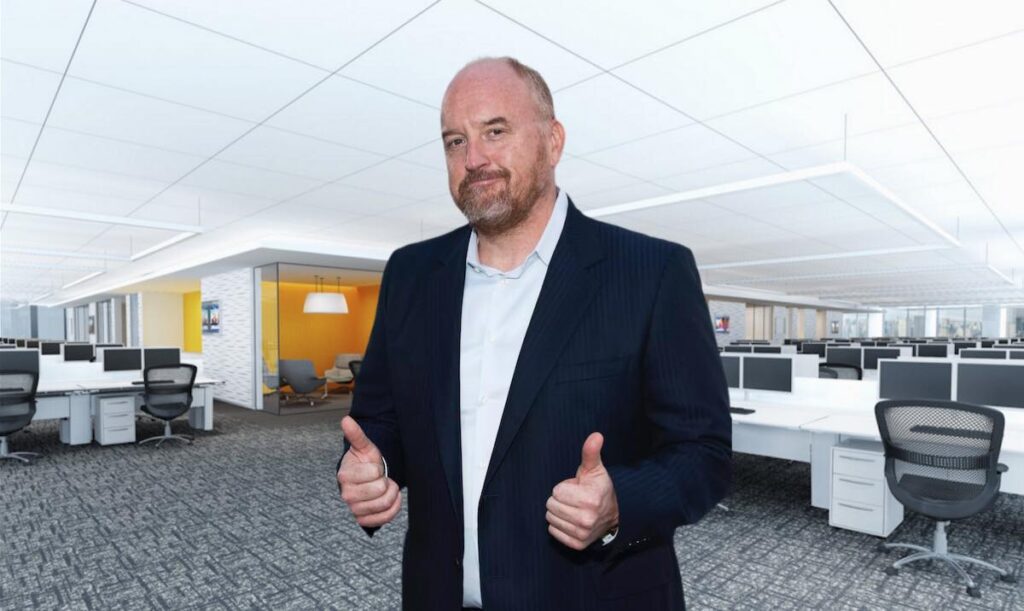 “I like Tampa, and I want to do something good for the city.” Said C.K. in a way that was really funny because of how he emphasized certain words and also made physical movements which heightened the humor.

“You know, we all get together, we make the economy move or whatever the fu-, I just wanna jack off and jerk off cats and let bees sting my dick.” C.K. said as he pantomimed a lot of the actions he just described. It was really funny, I thoroughly enjoyed it.

“What if babies could get abortions?” He then asked me from no where related to the previous topic.

“Yea, what if like, babies could get little baby abortions, and we’d go, ‘welp sorry baby, you’re fucked, but that’s gonna be $850. I don’t know maybe ask to borrow it from the literal woman you’re attached to at the waist? From that long skin tube thing coming where your belly button is going to be. You don’t even know what that is yet. If you’re a baby trying to get an abortion in your mother’s womb, you’re looking in the mirror and going ‘what the fuck is a belly button?’” C.K. delivered masterfully.

“Wow! What a funny bit! I can tell it’s not completely worked out but I respect your bravery for being willing to go where other people aren’t willing to go!” I emphatically said as we then hugged and high-fived.

“You’re going to get cancelled for being my best friend.” C.K. sweetly said to me, bashful because you could tell he really cared about my well-being.

“Na, that’s ok.” I said, waving off his sentiments.

“I don’t think anybody reads this, or believes this.” I now said to the reader, not Louis C.K. anymore.

Hey you, outside the computer. I’m not even using quotes anymore. The story is over, I’m talking to you now.

What did I ever do to you huh? Tell me.

Tell me what I did to you! Tell me!

Sorry a ghost just possessed me for a second I don’t know who that was, they’re gone now.

Anyways, -Oh s**t I gotta go, my boss is walking up right now he’s going to see I’m writing the wrong story, he specifically wanted me to do a different report before I did this one, and I’m doing this one first. He still Ok’d both stories, he just wanted me to do the other one first.

He loves this story, he told me, he said, “Best story you’ve ever come up with!”

Then he calls he toots and winks at me.

Alright, you know what, this story is over right now. It’s done. No more. Sorry.

Actually you know what, I’m not sorry, I don’t owe anything to anyone especially you!

Then something else happened which made it all make sense and we were both happy and we shook hands and agreed to do it again very soon, both very pleased with whatever had just taken place.

← Best ways to hold in a dumpTampa CEO sexually aroused by action taken by Better.com →