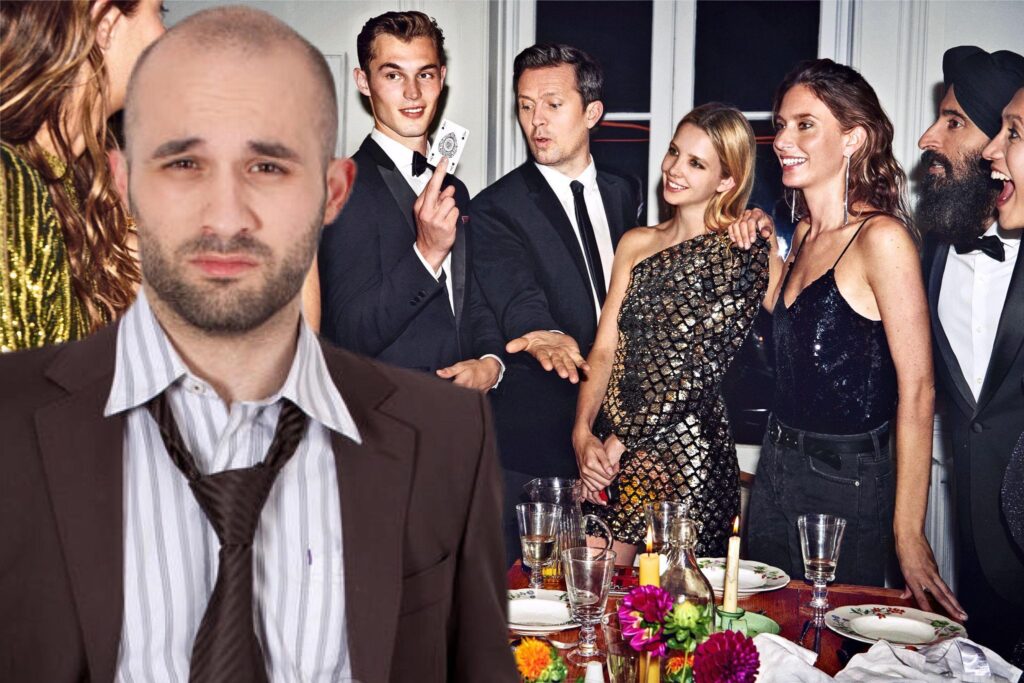 Due to being included in a group email by mistake, Mike Clunbgh, a shipping clerk for United Business System Analysis Coordinators, Inc. in Tampa, attended the wrong employee holiday party Saturday night.

“Jennifer is the one who sent out the email. I guess she should be fired,” said Premium Sales Manager Brent Bloodline at the party. After everyone in the immediate vicinity finished laughing, he said. “Seriously. Fire Jennifer.”

Nobody asked Clunbgh to leave. “We didn’t want to embarrass him by making a big scene although we did want him to get the hell out,” said Sandra Heeler from accounting. “Plus, not my job. That must be somebody’s job. It should be, anyway. What the hell, Jennifer?”

Clungbh said, “That’s okay. I figured it out pretty quick and got the hell out of there once I did. Believe me, I don’t want to be somewhere where I’m not welcome.”

“I had no idea there were two separate employee parties,” said Clungbh. “I did think it was strange that it was being held at the Hard Rock and formal wear was requested. Usually, it’s just pizza in the break room.”

“I knew for sure I was in the wrong one when Lady Gaga came out and started playing a private concert,” he said. “At work, we’re not even allowed to have a radio on.”

“The party he was supposed to attend WAS in the break room and it was last Thursday afternoon, between 3:30 and 5,” said new HR Director Amber Wayves, who has replaced Jennifer Florenza, who was recently terminated for cause.

“The reason we have two parties is because, well, it just won’t do to have the proletariat mingling with the nobility. That’s just the way it is. Can you imagine a Premium Sales Manager having to tolerate a banal, small talk conversation with some lowly shipping clerk and his wife about their kids or whatever else is going on in their meaningless lives?” she asked rhetorically. “Ugh. What a way to ruin the enjoyment of one’s shrimp puffs.”

“But we do want those employees to enjoy celebrating the holidays too, so it’s not like we skimp on their party,” she said. “We made sure to order cheese and pepperoni pizza for them.”