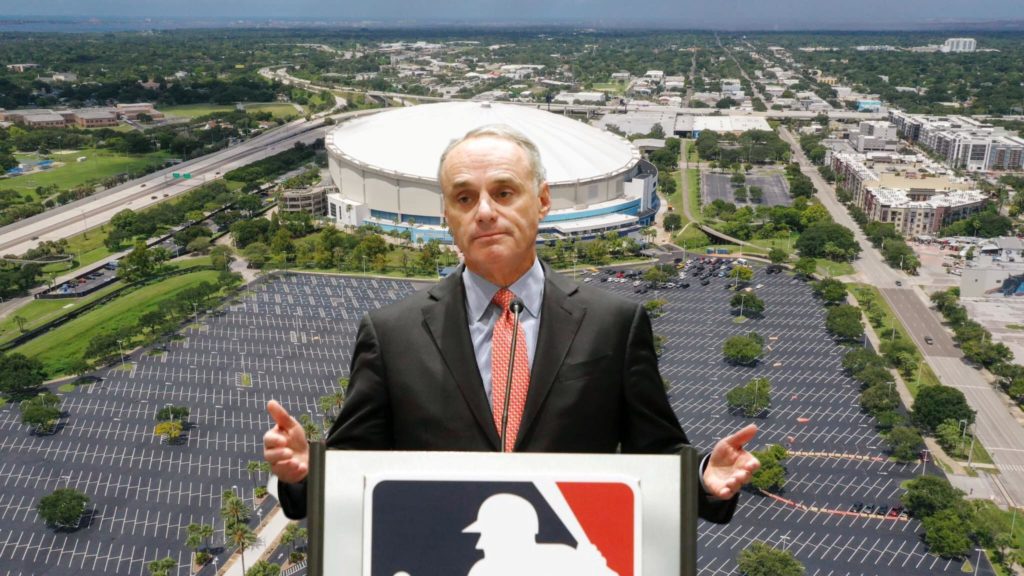 As concerns over COVID-19 finally seem to be diminishing, allowing people and businesses to begin resuming normal activities and procedures, one institution is celebrating that development by making itself unavailable to consumers: Major League Baseball (MLB).

“Baseball, more than any other sport, is built upon tradition,” said MLB Commissioner Rob Manfred. “And traditionally, we are the most short-sighted and mismanaged of all the major professional sports leagues. We feel we owe it to our fans to honor that heritage by screwing up what should be a golden opportunity and having one of our famous ‘work stoppages’.”

Team owners locked the players out of MLB facilities just over three months ago, a move designed to hasten negotiations between the players and owners. After taking that action, owners waited 43 days before making an initial offer to the players.

“Wow, really? That’s crazy,” said Manfred. “But yeah, that does sound like us.”

“Par for the course, I guess,” he said, using a golf phrase which is a game he’ll have more time to play since there isn’t any baseball to worry about.

“I was looking forward to returning to work and maybe not even having to wear a mask,” said Ronald Crankshaft of St. Petersburg, a parking lot attendant at Tropicana Field. “But I was really looking forward to a paycheck. Shit, I’d wear two masks if I could just work and get paid. Thanks for nothing, millionaires.”

“I love baseball,” said Wendy Foulz of Clearwater, who describes herself as a diehard fan. “But I hate this bullshit and it seems like it happens all the time.”

“I don’t even like baseball but bullshit like this makes me hate it,” said Paul Bundt of Tampa, someone who would not exactly describe himself as a fan.

“Baseball Is Fun,” said Rays outfielder Brett Phillips, “But this isn’t fun at all, yet it is very much baseball being baseball at its most baseballishness. I guess I should start selling t-shirts that say ‘Baseball Is A Paradox’. Like Schroedinger’s Cat.”