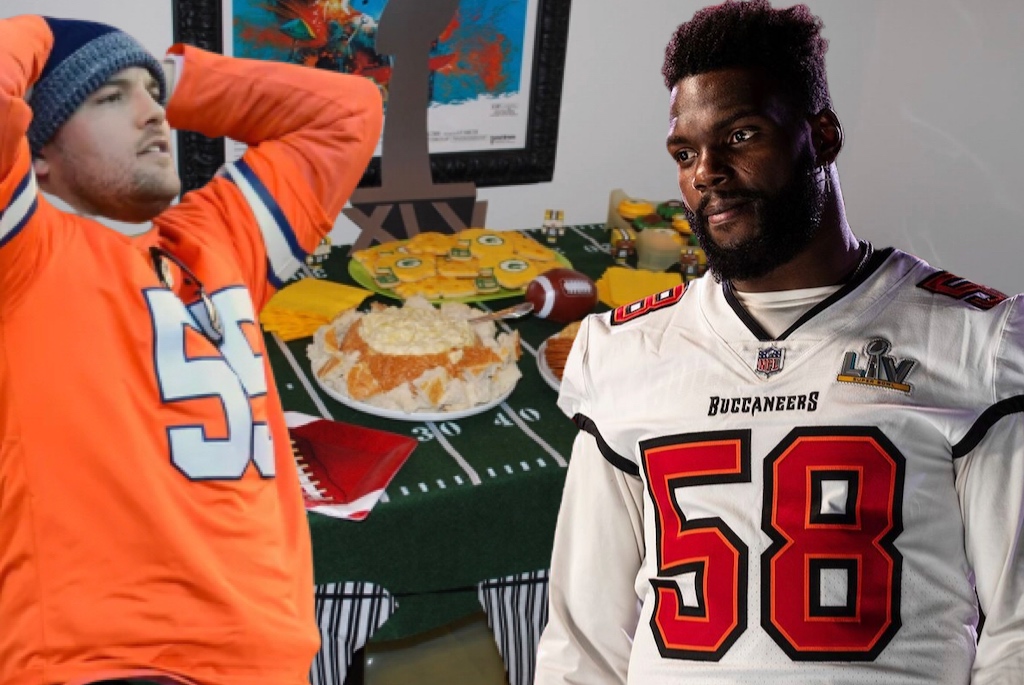 Nick “Big Nick” Henderson, a neighbor of Shaquil Barrett in Northwest Douglas County in Colorado, said he fully expects the Buccaneers linebacker to honor a promise he made last year to attend his Super Bowl party this Sunday, in spite of the Bucs being scheduled to play the Kansas City Chiefs for the NFL championship in Tampa that day.

“Hey, a promise is a promise”, said Henderson. “What the heck!”

Barrett, who lives in the Denver suburb during the off-season, said he thought Henderson was joking. “I saw him at the grocery store the day before last year’s game and he said, ‘Hey Shaq, swing by the house for the big game!’ I was trying to be polite and make conversation so I said, ‘ha ha, maybe next year’. I don’t think that should be considered a firm obligation.”

Henderson said, “Well, we didn’t sign anything or even shake on it, but still. I thought we had a deal.”

“At the time, we (the Bucs) were coming off another losing season. I’m sure I wasn’t thinking we’d be in the Super Bowl this year,” said Barrett. “But then we signed Brady and Gronk and everything and well, you know.”

Henderson remained unmoved. “Listen, we’re all busy”, he said. “I get it; things come up. But him not coming leaves me in a serious bind. I was counting on him to bring a bag of ice.”

“I guess I feel kinda bad that he’s in a tough spot”, said Barrett. “But it’s ice. I’m sure he can find someone else to bring some ice.”

“Oh yeah, right,” scoffed Henderson. “Who else can I depend on to bring ice? Tim? Ha! Obviously Shaq doesn’t know Tim.”

“Actually, I doubt he’s ever met Tim,” he added.

Barrett said, “Now I really do feel bad. I have met Tim and he’s a major screw-up. Man, that party is probably gonna suck.”