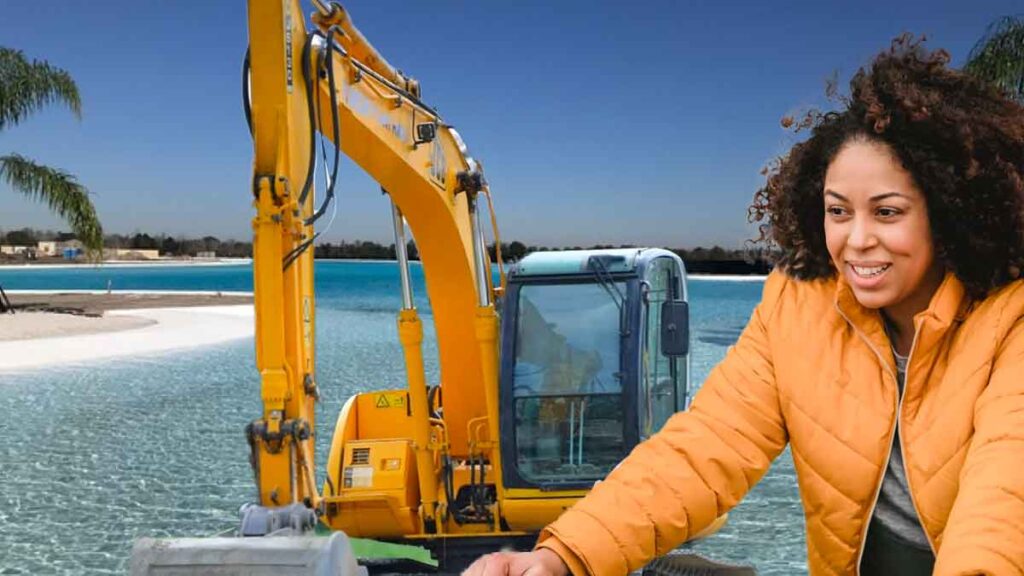 A gated community in Apopka has been selling homes under the guise that they tote a “thirteen acre wide man made lake sitting on the south bank of Magnolia Park.” Well it turned out that the man made lake was made by a woman. And that woman was Bethel Hampdin, and her story is now being told after Florida historians protested the claim of the community selling homes under false pretenses.

Hampdin spent seven summers starting when she was 13-years-old in 1967, digging that lake as part of a punishment for sneaking out when she was 12.

“My mother spanked me and scolded me for sneaking out of the house to visit my friend down the road on a school night.” Read a message left by Hampdin in her will to be read if there were every false claims of the origin of the thirteen-acre-wide lake in Apopka.

Slut Falls, the gated community, has released a statement regarding the controversy stating, “That’s not the same lake, that’s a different lake, our lake was built by a man. Edgar Narvin, he actually was the boy down the road from Bethel, whom she was punished for trying to visit. Narvin, who was very sad he didn’t get to see Hampdin anymore, began digging his own hole, and it also took him seven summers, and it’s almost identical to Hampdin’s, however it’s down the road. Not the same one.”

Whether it’s the same lake or not will be litigated in court and decided upon further trial.