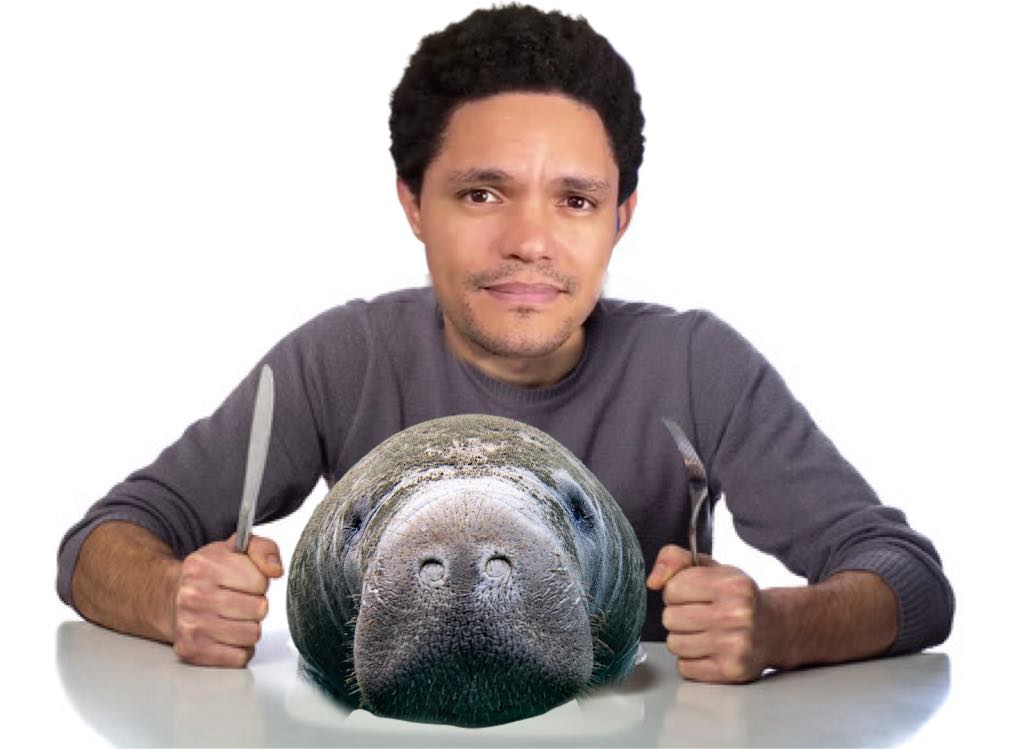 In an attempt to capitalize on the influx of starvation-related manatee deaths, the host of “The Daily Show with Trevor Noah” has decided to invest in a Clearwater Beach restaurant that specializes in cooking manatee meat.

“We take every manatee death very seriously here at Trevor Noah’s Manatee Carcass Buffet,” said head chef Bobby Suflex. “Trevor Noah has no involvement with this restaurant whatsoever and doesn’t know we are using his name and likeness, but if he ever decides to stop by he is welcome to eat for free.”

Scientists say the cause of all the recent manatee deaths is all the shit getting into the water.

“It’s very simple really,” said USF Professor of Aquatic Agriculture, Dr. Speck Tactus.  “My team and I have been tracking all the dead shit in the water for over 20 years. This year has been the worst I’ve ever seen.”

Dr. Tactus joked that supply chains had been affecting wildlife and now manatees are starving to death.

“Manatees eat plants and each other’s shit,” explained Dr. Tactus. “Well, all the plants in the water are dead, and the manatees aren’t shitting enough for other manatees to eat.”

Dr. Tactus then made fun of my haircut, held me up against a wall at knifepoint, and made me swear I would never flush a toilet again.