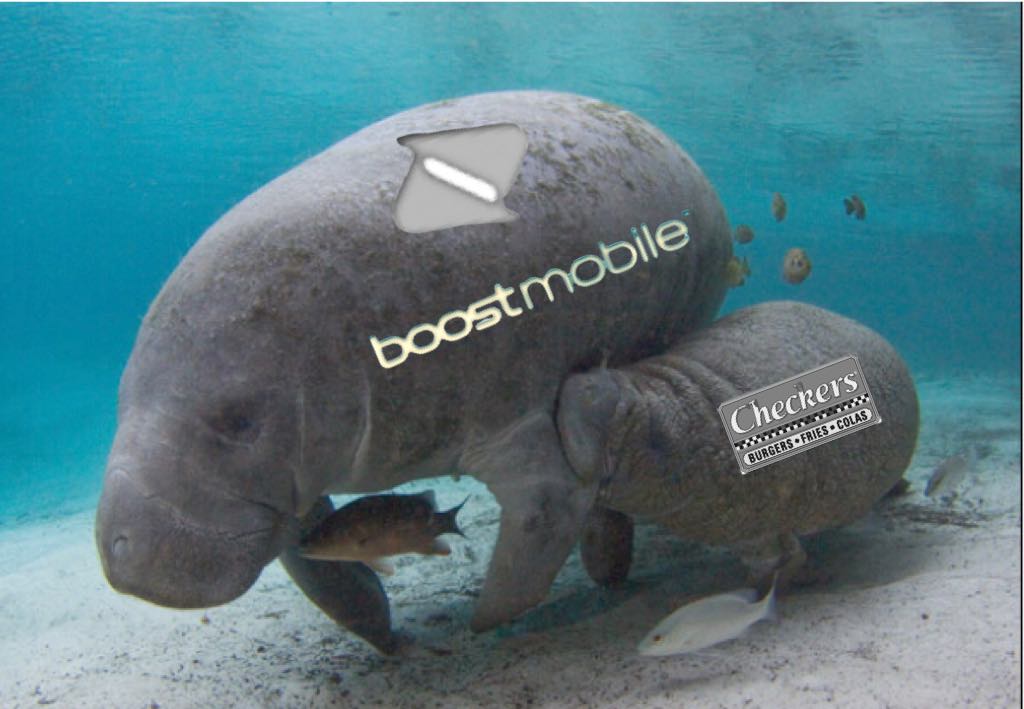 Following the discovery of a manatee in the Homosassa river with “TRUMP” scraped into the algae on the gentle creature’s back, prompting arguments between political factions over who’s responsible and the offer of a $5000 reward from the the Center for Biological Diversity for anyone with information leading to a conviction for the offense, Florida’s manatees had a surprising announcement.

“It was us”, said a manatee who identified himself as Steve. “That’s right, I’m a manatee and my name is Steve. I’m Steve the Manatee!”

“Those of you on the Left blaming the Right, saying they’re terrible people. Then the Right is saying, ‘no, it’s the Left trying to make us look bad!’, which shouldn’t be what anybody’s focused on anyway”, he said. “Nope. It was us. Ha ha, you dumb stupids!”

He explained that generating revenue from advertising, or as he called it ‘Manateevertising’, is an idea that is long overdue.

“It’s a no-brainer, really. People love us! They love looking at us, even when we’re not even doing anything! And with the Super Bowl coming up, we figured it would be foolish to not try to cash in”, he said. “Even with COVID, there will be an increase in tourist traffic here in the Tampa Bay Area. The good news is watching manatees is a far more socially-responsible activity than going to a theme park. We’ll be more popular than ever!”

“Look how successful it is already! This one ad is generating worldwide attention”, said Steve. “People are actually paying attention to and talking about Donald Trump! Can you believe that?”

He said the ads will be tasteful and not pervasive. “We’ll make ads available on about 30% of us, which is roughly 1900 manatees”, he said. “Don’t worry, we’re not going full NASCAR or college football bowl game with it. Wretched excess is a human thing and we respect that.”

The ads won’t be limited to political messages or corporate concerns. “Can you think of a better way to propose marriage or reveal your baby’s gender?”, he said. “We move very slowly so your ad is visible to viewers longer. We’re adorable!”

He explained that people interested in advertising on a manatee should write down what they want the ad to say, attach it to $1000 cash (“Go ahead and rat out your Trump-supporting friend, collect the reward and buy some ads!”, said Steve) and throw it into any fresh water stream in Florida.

“Yeah, just drop it in any river and we’ll get it”, he said. “Just like all the other shit you assholes dump in there.”