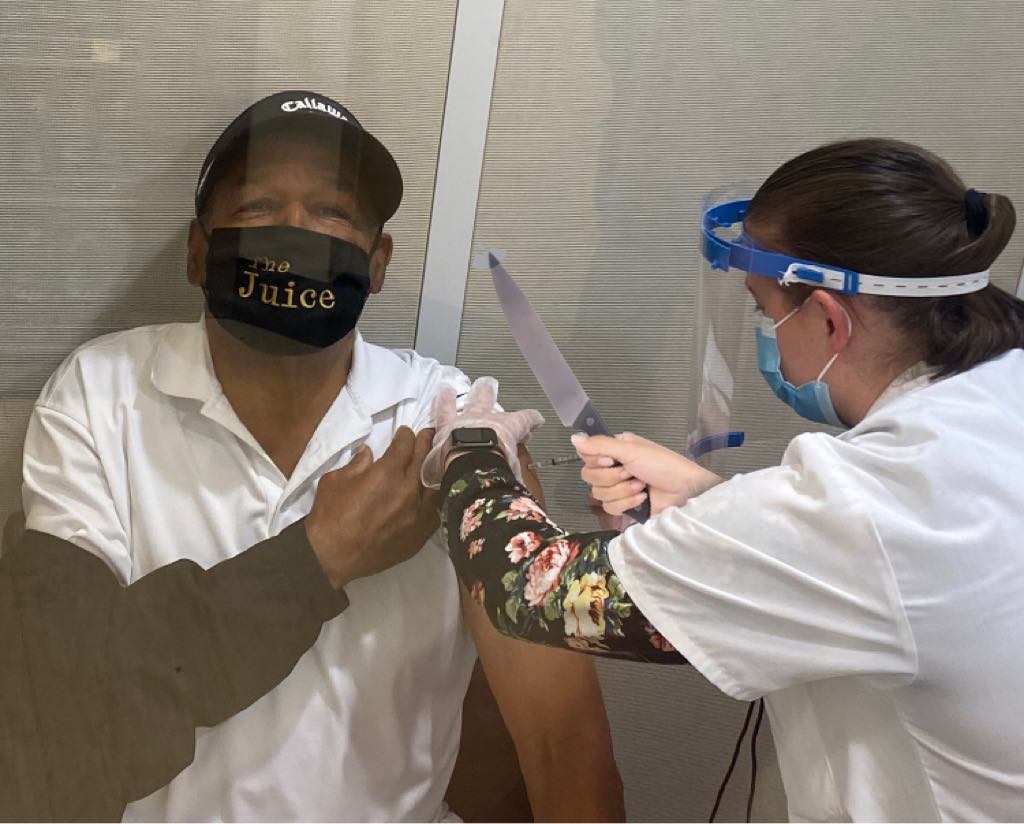 The shocking encounter, captured on Twitter, shows the lovable star of the “Naked Gun” series of films quietly minding his own business, sporting a jaunty Calloway Golf visor, when a woman, probably a disgruntled feminist making some kind of statement, appears and pins the universally adored widower down while brandishing something stabby.

To the relief of his legion of fans all over the world, Simpson is okay. Shortly after the attack, he posted “I got mine” on Twitter, something he probably said in June, 1994 regarding another incident that eventually worked out pretty well for him.