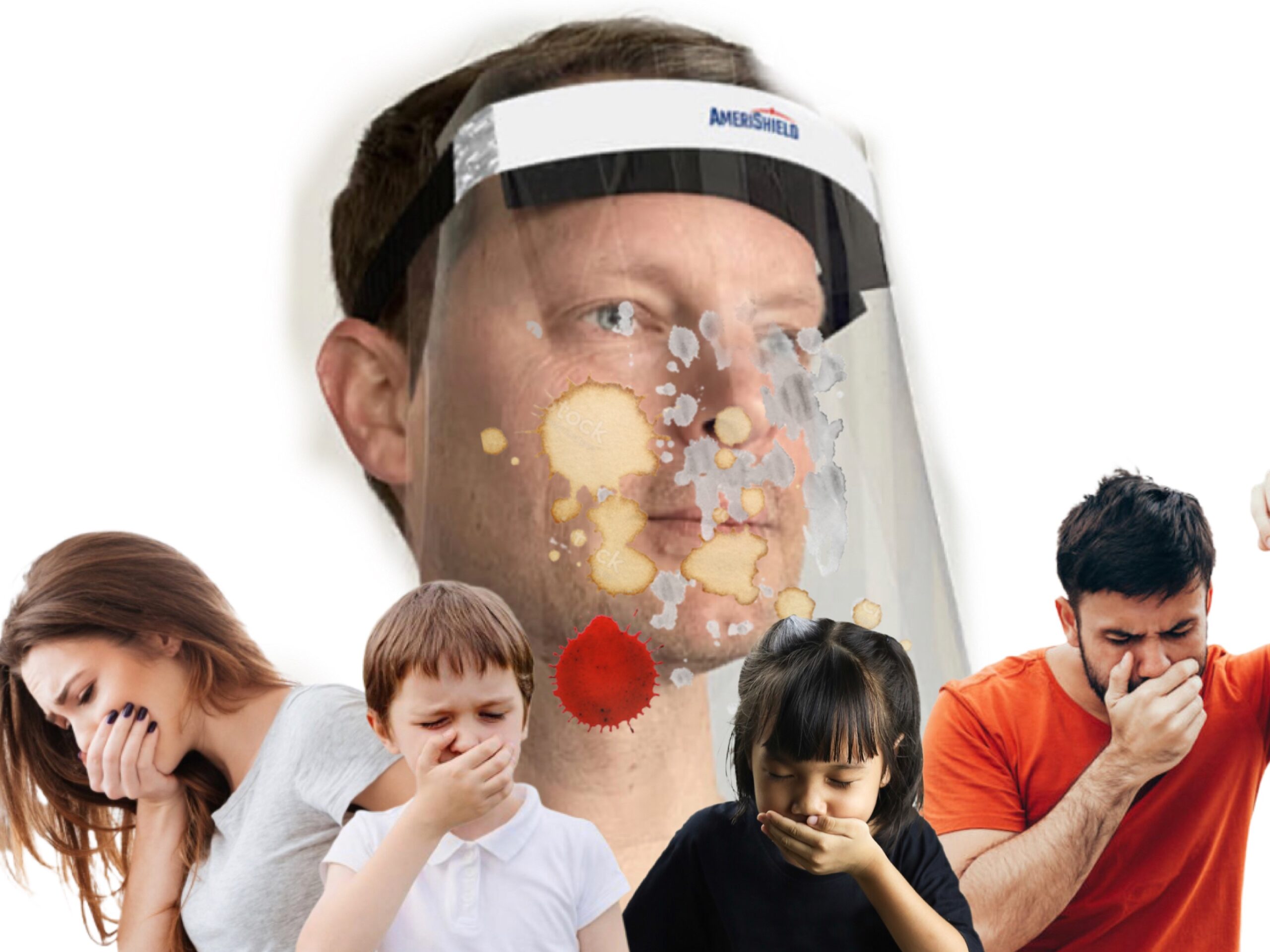 Hillsborough County health officials have determined that Instacart shopper Matt Spuiz is responsible for making several people shopping for groceries at the Publix on West Hillsborough Avenue in Tampa violently ill, in spite of wearing a face shield.

“It’s because of the face shield, not in spite of it”, said Dr. Meghan Hammerstein. “Speaking strictly from a clinical and scientific standpoint, that thing is fucking disgusting.”

Spuiz purchased the face shield from Amazon.com in March because he doesn’t like wearing masks. “I wanted to do my part in complying with CDC guidelines to keep people safe”, he said. However, not once since getting the shield has he even wiped it, let alone cleaned it thoroughly. “Yeah, I’ve sneezed and coughed while wearing it a bunch of times. Also, I wear it while I eat so it catches some scraps there too. But hey, the fact that you can see all the stuff it’s stopped is proof that I’m doing my part to be a good, socially responsible citizen. You’re welcome.”

One of the shoppers encountered by Spuiz at Publix Saturday afternoon is Joanna Crimps of West Tampa. “I saw that thing and felt queasy right away”, she said. “There were so many crusty chunks of who-knows-what that it looked like a relief map. I threw up right there in the soup aisle.”

John Legume, another shopper who got violently ill upon seeing Spuiz’s mask, said, “That thing looks like a crime scene. There are at least seven different sources of that guy’s DNA on it. I’m pretty sure I saw a blood splatter! Just thinking about it now makes…” as he vomited.

Yet another victim, Marie Bluthbart of Tampa, said, “Yeah, you could tell some of the stains had been there a while. But others were still moist.” She retched before adding, “And chunky.”

Said Michael Widdling of Carrollwood, “That’s just what we could see with the naked eye. Imagine what’s going on microscopically! Hyorrk!”, as he pturned green and started dry-heaving. “Thank God I didn’t eat lunch.”

“There was on chunk of sputum on the side by his ear”, said produce clerk Barbara Jeetz. “What the hell could that even be and how would it get there?!”

Between Spuiz wearing the mask around the store and Crimps and Legume throwing up, several other shoppers experienced intense nausea. “I can’t see or hear someone else getting sick without it affecting me too”, said cashier Barbara Niederlander. “I guess that’s a common reaction because eventually everybody was puking all over the place. It was a nightmare.”

“I have to admit, that was a bad day”, said Spuiz. “Not because all the snowflakes getting sick; it’s not like they got COVID. Suck it up! No, what sucked is that the family I was shopping for refused the order of groceries I had shopped for. I don’t know what their problem was but that seems to happen a lot lately whenever I show up at someone’s front door, so who knows? Everybody is crazy inconsiderate of others these days.”