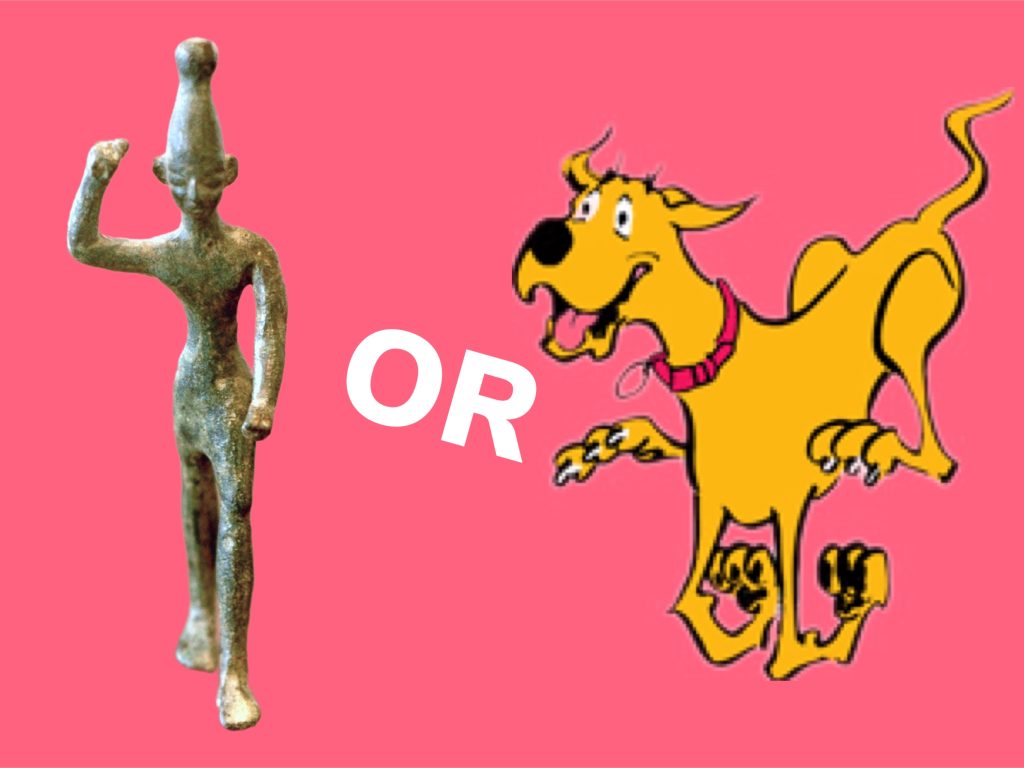 Hello dear reader! I have the solution to a problem that no one has fixed yet: How can you tell (if you haven’t been listening that hard) whether someone is talking about the Babylonian god Ba’al Marduk or beloved dog cartoon Marmaduke? Fret not for the answer is here!

1. If the goddess Tiamat—god of Sky and gurgled sea—is creating a hurricane outside your house in Tampa Bay that threatens to rip the hinges off your window and The Tampa Sky rips itself asunder to demand that you point to her the location of Marmaduke, rest assured she’s probably talking about Lord Marduk instead, not about the big dog from the comic strip.

2. If you’re watching Beverly Hills Chihuahua 8 and you think that George Lopez’s Chihuahua character just called a large dog “Ba’al Marduk” and you don’t quite get the joke, it’s probably Marmaduke instead. He’s a big dog! Why would George Lopez bring up the patron god of Babylonian statecraft, who set the earth in its place as a mirror to the heavens? In fairness, he might be, but my dinero is on the dog one.

3. If you see something that looks like a dog in a comic strip and it’s kind of like Scooby Doo and you’re thinking this is either a great Dane or a Great Mesopotamian, fear not; there is a simple trick to figure this out. Simply consider whether the entity in question is either definitely a dog or possibly the source of power for a great and unknowably ancient, but toppled city. If it’s a dog, I’m guessing it’s Marmaduke.

4. If the prophet of the Israelites is having a contest of divine miracles with the priest of the Canaanites and the Canaanite priest cannot seem to awaken his God the chances are pretty good that he’s talking about Ba’al Marduk. What can we say? Lord Marduk needs to get his 40 winks. But, word to the wise: it is also true that Marmaduke could not compete with the miracles of Jehovah either.

5. If you’re reading about a character via pictograms that sounds like either Ba’al Marduk or Marmaduke, it’s gonna be tricky. But the silver bullet for this one is to consider where you are. Are you reading a newspaper in a house in Tampa Bay? Or are you at the library of Ashurbanipal in the ancient city of Nineveh? I’m not sure exactly where Marmaduke circulates, but my guess is if it’s Nineveh, we’re gonna be talking about Lord Marduk. Also Marmaduke doesn’t have a beard.