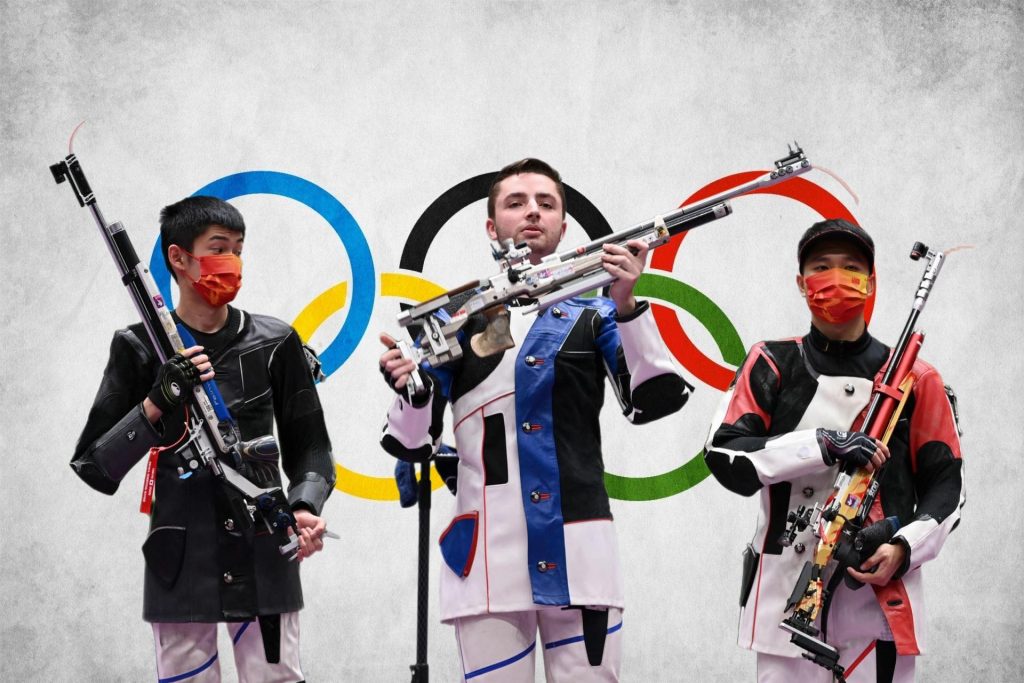 The action of shooting people in large numbers has officially been announced as a new event by the Olympic committee after being lobbied by the United States Mass Shooters Union.

Mass shootings have become so popular around the world, especially in the United States, that a group of mass shooting fanatics, (The United States Mass Shooters Union) were able to pitch the idea for the event becoming a new sport and the Olympic committee went for it.

“The arena will open up with a giant maze, similar to the Roman Parthenon, and one shooter will have 60 minutes to try and kill as many people as possible with a weapon provided by their country. Whoever can kill the most people will win the gold medal.” Explained Brovlovskey Manishevitz, President of the New Events Branch of the Olympic Committee.

“We realized that mass shootings aren’t going anywhere, if anything they’re only getting more popular every day, so why not capitalize off it and use these high-functioning murders for entertainment?” Manishevitz shrugged then sat back in his chair and folded his arms.

“This might even influence mass shooters to save their murderous sprees for the Olympic stage, potentially saving thousands of innocent lives around the world!” Manishevitz profoundly explained.

“What about the people getting shot during the event? Who are these people?” I asked with some concern.

“Bad people who deserve to die, pedophiles, sexual predators, murderers, people who cannot be redeemed! That’s who gets shot! So nobody needs to feel bad!” Manishevitz exclaimed with brevity.

“That’s a bit callous.” I pulled back.

“I know these are bad people, but glorifying their deaths seems a little cruel and cold. As humanity, aren’t we better than that?” I pondered.

Then Manishevitz began laughing so hard he began wheezing and crying, falling out of his chair onto the floor and pounding on the ground with his hand.

“Of course we’re not better than that!” Manishevtiz was able to get out between laughing fits.

“Quick! I need to grab a pen and write these down!”

Manishevitz pulled a pen from his desk and began furiously jotting down his thoughts on new Olympic sports.

He looked up for a moment lost in thought.

“Hmm…” Manishevitz wheels were turning in his head.

“Ah!” He exclaimed, then wrote something down in big letters then held the paper up to me.

He then doubted himself and said, “Is that too cliche?”

Then balled up the paper and threw it to the ground.

“Eureka!” He popped back up with a finger up to an invisible lightbulb.

He showed me the new paper with the words, “Olympic dildoing” written on it.

“I don’t need you here anymore, leave now.” Manishevitz said, poo-pooing me out the room.

I left without a proper good bye, he didn’t notice.

As I got to the parking lot, I looked back at the building and for-the-first-time noticed that it was in the shape of a giant stone snake.

“Weird.” I thought to myself.

But I didn’t overthink it.

Back at the Tampa News Force headquarters I began writing this story and I noticed there was a tracking chip on the bottom of my shoe.

I don’t know why that was there, but I threw it in the garbage.

I probably didn’t even need to mention that, it doesn’t have anything to do with this story. I don’t think.

Maybe it does, I don’t know.

Classic Manishevitz, he just can’t stop coming up with those genius ideas.