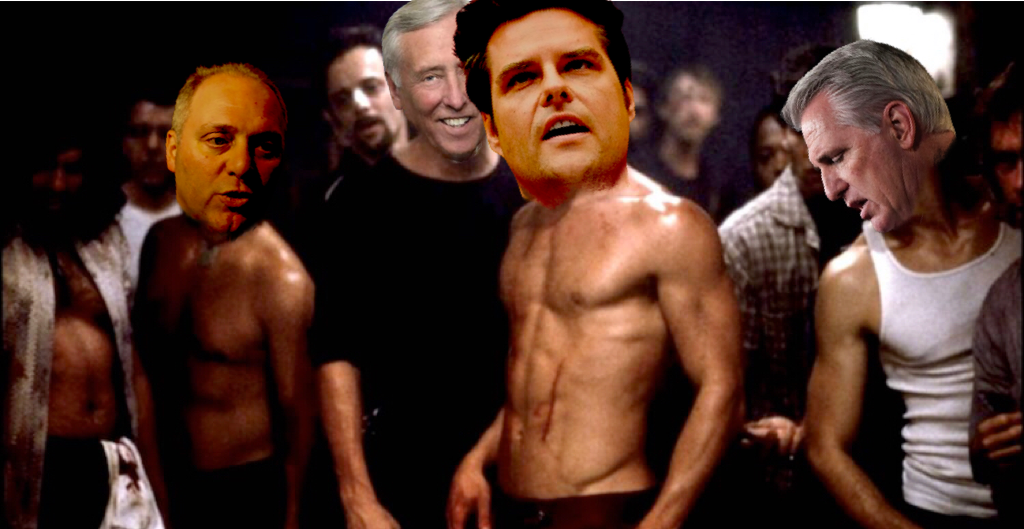 Yesterday, he was ousted from Congressional Fight Club, a non-government sanctioned social organization consisting of male members of the House of Representatives gathering once a month in a sub-basement of the U.S. Capitol building to engage in bare-knuckle fist fights as a form of therapeutic release of pent-up aggression.

“The ‘don’t talk’ thing isn’t even the second rule”, said Senate House Majority Leader Steny Hoyer (D) of Maryland. “The second rule is ‘no chicks allowed’. That’s why Nancy Pelosi and Liz Cheney aren’t in it. Then there are some other rules. Not talking about it isn’t even in the top five.”

Some members of Congressional Fight Club said it’s unfortunate but that the scurrilous nature of the accusations against Gaetz left them no choice but to distance themselves from him.

“Matt’s radioactive right now. Just toxic. Which is a shame because he is definitely going to be missed, for sure. He’s an excellent fighter because he fights dirty, always trying to gouge eyes or twist balls, which makes him a tough opponent”, said Steve Scalise (R), House Minority Whip from Louisiana. “Y’all Florida boys be wildin’!“

← Cocaine: only business in St. Pete not yet gentrifiedDali museum hours extended and reduced →