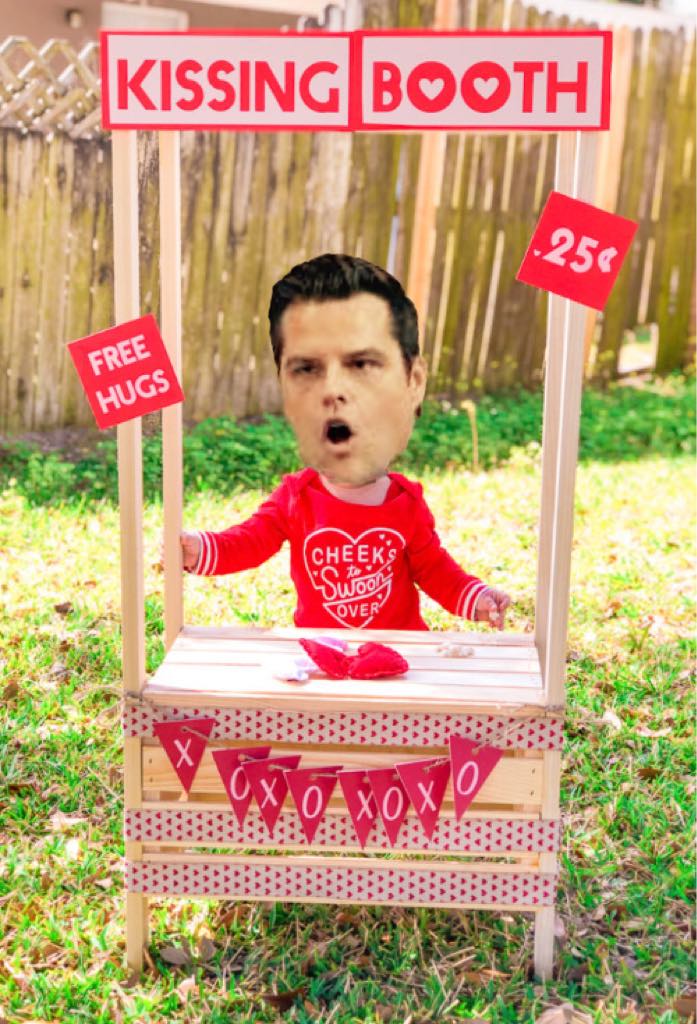 “It was a joke!” Gaetz said during his morning press conference.

“I was just being funny, I made a sign that said ‘kissing booth’ because it’s funny, and yes, I sat near the girls dorm and I proceeded to kiss girls for a few hours, but it was a goof!” Gaetz huffed.

“Seriously, I don’t know what you could even find controversial or get mad at.” Gaetz guffawed.

The press and the local authorities accepted Gaetz answer, and he will not be charged with any sort of crime.

“He’s allowed to do whatever he wants, despite proof of any wrong doing, because he gives us money, and let’s face it, we all love money.” The chief said.