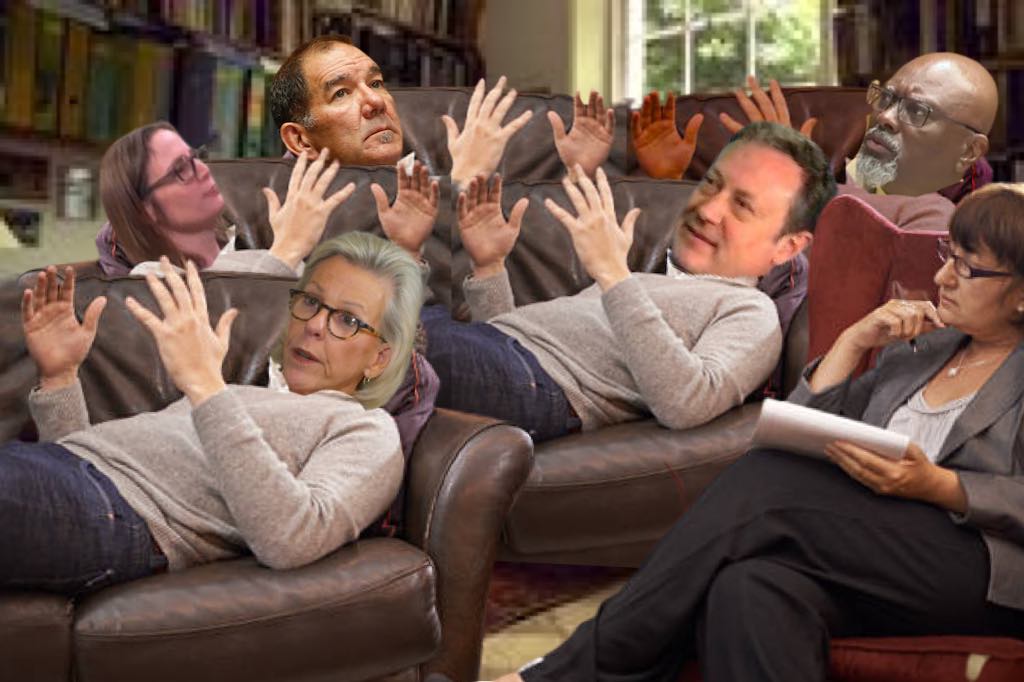 Following a recent series of unpleasant confrontations between Tampa Mayor Jane Castor and members of the Tampa City Council, all parties involved have agreed to seek therapy in order to understand, and hopefully resolve, their differences.

“It’s what the city needs and deserves, a leadership with a united front that communicates effectively and resolves internal conflicts fairly in order to get maximum effort and the best possible results for our citizens,” said Castor. “Nobody wants to see Mommy fighting with various lesser relatives, like uncles, aunts or cousins.”

“See? That’s a problem!” said District 4 council member Bill Carlson. “I’m at least a daddy and deserve to be recognized as such.”

“I mean governmentally, not sexually or… you know what? Never mind. No comment.”

“No Bill, this is exactly the kind of thing we’re here to talk about,” said the group’s therapist, Dr. Kylene Phitzenpulper. “Don’t close yourself off. That’s not healthy.”

“I’ll tell you what’s not healthy,” interjected Orlando Gudes representing District 5. “What’s not healthy is the forced resignation of former city councilman John Dingfelder over a lawsuit related to alleged public records abuses and a baseless, unfounded sexual harassment investigation into an unnamed somebody who may or may not be me. THAT’S what’s unhealthy!”

“It IS you, Orlando! Everybody knows it’s you!” replied Castor. “Just say it’s you!“

“Great. I know I’m right. Like I really need you to chime in,” responded Castor.

“Hey! Hey! NO!! She was trying to support you! You do not get to dismiss her like that,” replied District 1’s Joseph Citro angrily, while winking suggestively at Hurtak.

“Yeah, great. That’s her job! That’s all y’all’s jobs. Supporting me, the Mayor. There’s one of me, doing MY job and there’s like, what, six of you, doing my light work. Did you forget?” said Castor. “Maybe if I put my foot up your ass, that’ll jog your memory.”

“Jog this!” cried Carlson, brandishing a switchblade and lunging at Castor.

“They’re actually making quite a bit of progress,” said Dr. Phitzenpulper as the group’s discussion erupted into a full-blown melee behind her. “You should have seen them a week ago.”