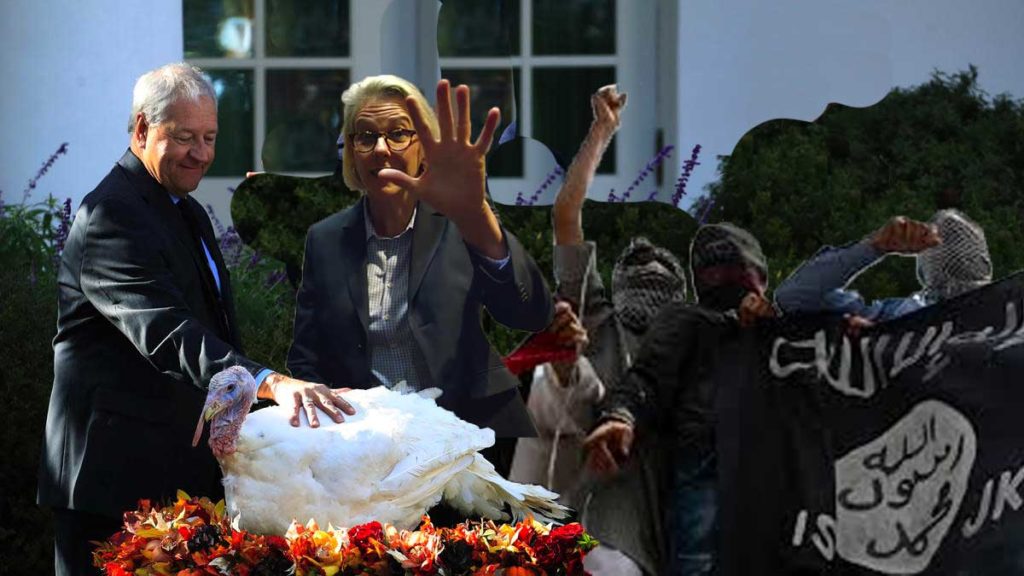 Mayor Jane Castor is receiving some criticism for pardoning a Thanksgiving turkey with verified ties to the terrorist organization known as ISIS.

“Image is everything and it’s a very bad look for the leader of our city. Why in the world would we ever associate our community in any way with a bunch of bloodthirsty murderers?” Says Chamber of Commerce President, Corey McCrory, as he prepared strings of beads that will be thrown from a float at the upcoming Gasparilla parade.

Mayor Castor says she had no way of knowing the bird was tainted in any way. “How does a turkey wind up in ISIS? What role or function could a turkey perform for terrorists? How are we supposed to know who the terrorists even are. It’s not like a little red thing that pops out of their skin to let you know.”

“She’s a public servant we elected to protect us,” says local resident and parking meter coin slot de-clogger Lucius McDermott. “That’s EXACTLY the kind of thing she should know about and I for one am VERY disappointed!”

Mayor Castor disagrees regarding the perceived scope of her mayoral duties. “Why am I granting pardons anyway? I’m a mayor, not the president of the United States. I have no business absolving flightless birds of guilt for alleged crimes or other legal offenses. I should have known it was nonsense when Bob Buckhorn was so emphatic when he said it was a major parts of the job.”

When reached for comment, former mayor Buckhorn said, “GOT ‘ER!”