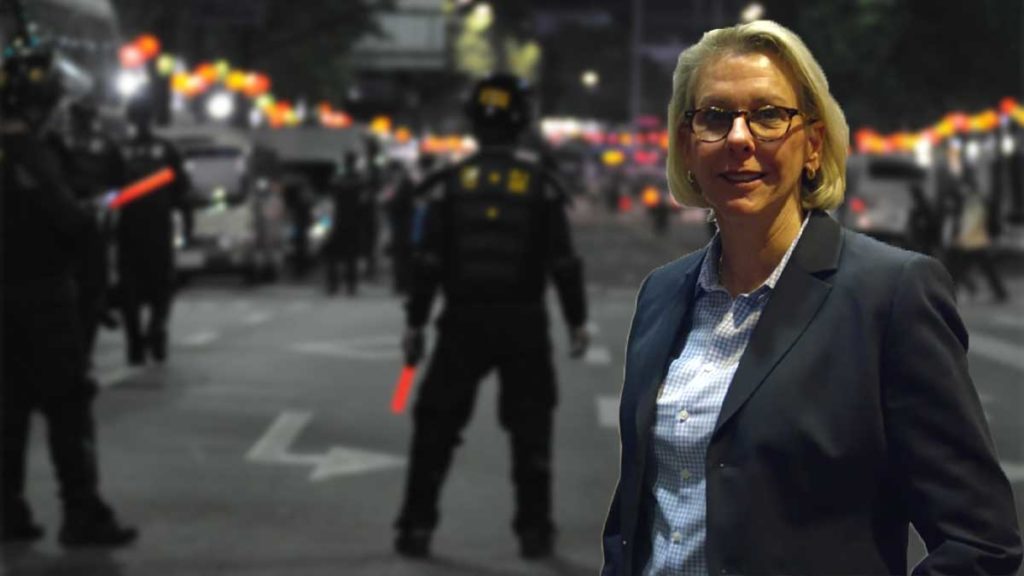 For the first time in the city’s history, the annual invasion of Tampa by pirates from Ye Mystic Krewe of Gasparilla has been thwarted.

Mayor Jane Castor, formerly Tampa’s chief of police, acting alone but under the authority of herself, fought off a group of more than a dozen rich, doughy white guys in silk blouses and costume jewelry who had sought to seize control of the city for this weekend’s Gasparilla festivities.

Upon hearing the cannon fire that always signals the pirates procession from Bayshore Boulevard to city hall, Mayor Castor reportedly stood up from her desk, announced, “this ends now” and went down to the building’s lobby.

Local businessman Jerry Flinders, owner of the Flinders’ Freezers & Fridges store in South Tampa and leader of the band of Ersatz Scallywags, walked up to her on the front steps and said, “Avast, Mayor Castor! Arrrrrr ye prepared to surrender the key to this fine city?”

To which the mayor replied by punching him in the throat and hissing “Not on my watch.”

One of the accompanying would-be swashbucklers exclaimed, “Jesus! What are we supposed to do now?”

Just as the first-term mayor put him in a headlock, twisted his neck firmly and said, “You’re supposed to die, bitch.” With that, the rest of the krewe scattered, abandoning the failed invasion attempt.

“I didn’t sign up for this,” said one of the survivors, speaking anonymously for fear of being tracked down and killed. “I just wanted to drink rum, smoke cigars and throw beads, man. This is way more intense than anything I ever experience in my regular life as a personal injury lawyer. Oh no! I’ve said too much!” He was later seen hiding behind a bus bench with an ad for his law firm and a picture of his face on it.

When asked for comment, Mayor Castor said, “Criminals in this town need to know that there are consequences for their actions, whether it’s stealing a bicycle or running amok with your drunken, dipshit friends, pillaging and plundering.”