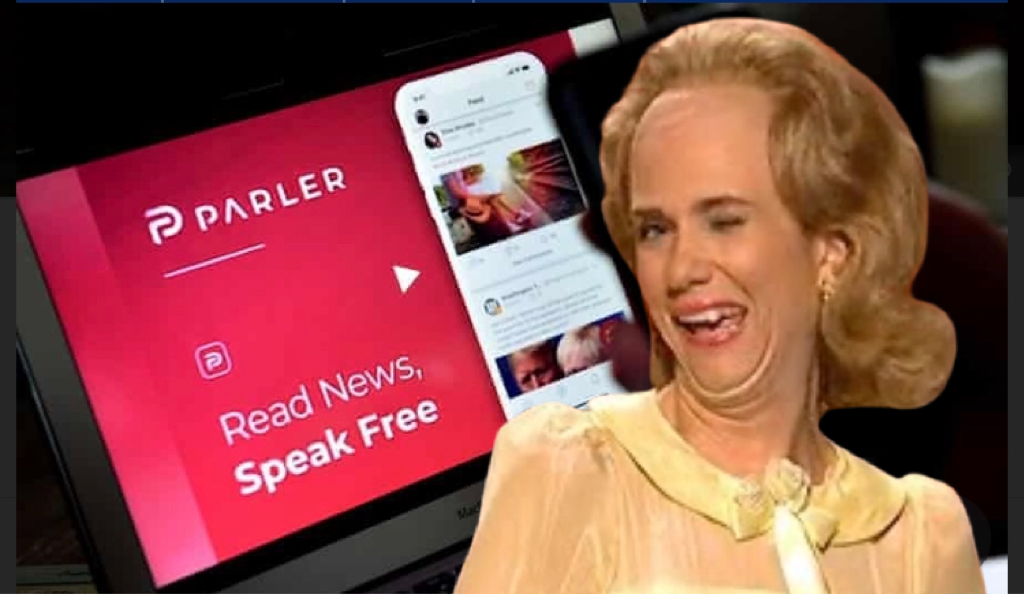 “It’s a perfect, natural fit for us to acquire this property and blend two tremendous services”, she said at a press conference held on the steps of the abandoned cigar factory that TNF hopes to purchase and turn into a headquarters/party mansion. “We wanted to hold this conference inside but it seems like the doors are locked and nobody heard us knocking. It’s okay; this looks like a fine neighborhood and it’s nice out here. Wait… who owns that thing and why isn’t it on a leash?”, she said as she gestured to a stray pit bull running down Albany Avenue, being chased by four other stray pit bulls.

After retreating to the safety of her locked car, she rolled her window down a little and said “This deal is a no-brainer, just like Parler.”

Parler, the microblogging and social networking service launched in August 2018, has a significant user base of Trump supporters, conservatives, and right-wing extremists. Posts on the service often contain far-right content, antisemitism, and conspiracy theories.

“Tampa News Force offers the kind of objective, fact-based journalism that is severely absent in the mainstream media and that’s exactly what Parler users are seeking,” said Mercer. “That is, I’m assuming so. I haven’t actually explored the content in-depth. I skimmed a few headlines and formed an opinion. I don’t need all the facts to decide I know enough about something.”

Terms of the as-yet uncompleted deal were not disclosed. Mercer said, “Mr. Simpson will be compensated quite handsomely, as is appropriate for someone of his stature as a national hero, role model and pop culture icon, and all he’s done to get Tampa News Force where it is today. Parler users say he’s One Of The Good Ones.”

She then looked around at the crowd of residents that had gathered to see what was happening while they were trying to find their escaped pit bulls and commented, “Jesus, this place is infested with Mexicans!”, rolled up her window and drove away quickly to meet friends from Brooksville for lunch at Bulla Gastrobar.