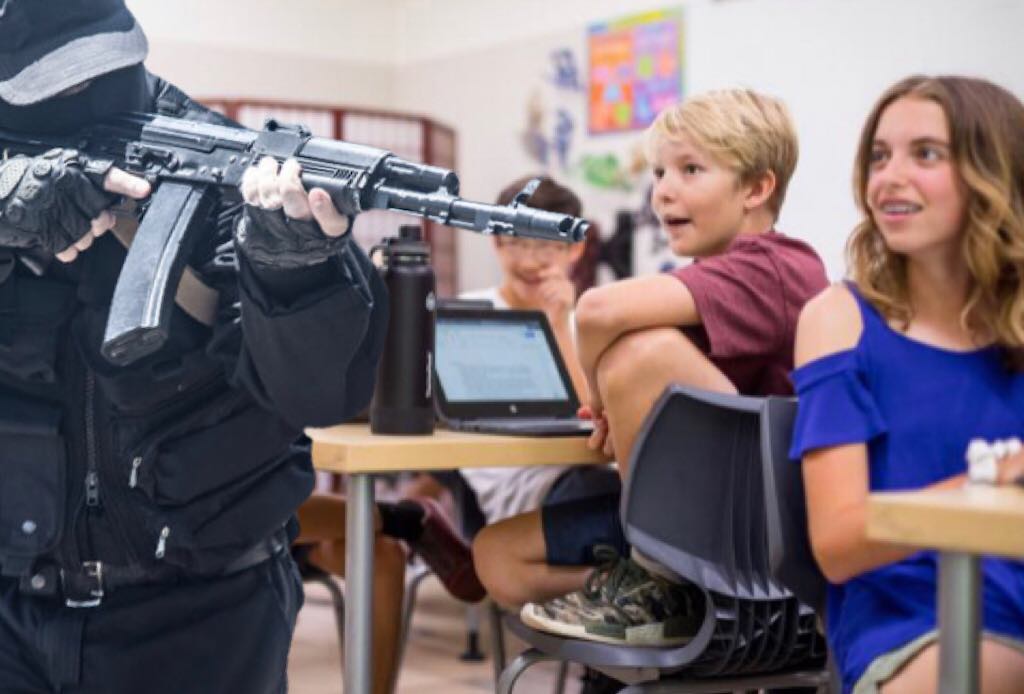 Seventh graders at JFK Middle Magnet School today witnessed the first casualty in the fight to stop the teaching of Critical Race Theory in schools.

“I was teaching certain concepts of race and racism to my students,” said Claire McCowski, a white woman who teaches kids in an inner-city public school. “Apparently, I’m not supposed to teach these kids about racism because they will figure it out on their own when they go out anywhere in public.”

As soon as Ms. McCowski began her lesson, a flash grenade was thrown through the window, temporarily blinding the class.

“I just heard the loud bang and then they came in shouting, GET HER!” Recalled Alexandrea Williams, one of the students in attendance during the class.  “They tackled her and then they pointed their guns at us and demanded that we forget everything she taught us.”

Ms. McCowski is currently under arrest and facing 10 to 15 years for breaking a newly passed law that defines exactly what Florida teachers can and can’t teach, along with cutting teacher pay and benefits.

“We don’t need kids learning about racism, America isn’t racist anymore,” said DeSantis during the bill signing which was held at a private middle school in some gated community in the middle of nowhere.

“We don’t need teachers telling kids how their dicks and vaginas work, GOD made us in his image, the Earth is only 6000 years old, you can do yoga but don’t say none of those Indian sounding words, Florida is the only state that matters, treat everyone who works in customer service like trash, and if you break a phone buy a new one.” Shouted DeSantis to thunderous applause from the weird old dudes in attendance. “It’s not easy folks, all these teachers gotta do is drill that shit in and they will be fine, it’s not hard. Teachers are the laziest fucking people in this GOD Damn State am I right!?”