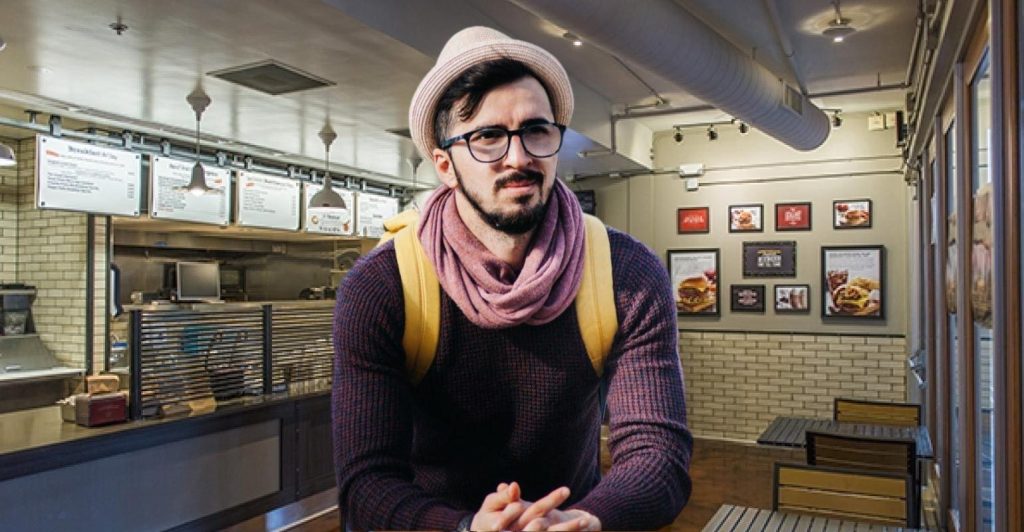 Inspired by the success of the GenX Tavern in Tampa, Josh Gunderson, thirty-eight and perpetually confused about why boomers still call children “millennials”, is opening a Millennial Cafe. And, although the rent on the space is significantly higher than that of the GenX Tavern for a much smaller space, Gunderson promises the amenities will be authentic to his childhood.

“Every element is exactly like what my friends and I grew up with. And that begins when you step through the front door. Because when you come to the Millennial Cafe for the first time, your parents have to meet my mom. They talk for three to four minutes, and that’s usually enough,” explained Gunderson. “Sometimes, the customers’ parents aren’t chill leaving their kid with a man of divorce. But that’s, like, whatever.”

As Gunderson walked us through the cafe, he showed off the video game consoles he had set up. He pointed to a Super Nintendo and said, “My dad got me that before he left, but the only games I like are Uniracers and Pilotwings. Everything else is, like, either gay or retarded.”

No one seemed to be fazed by his casual use of the terms. Gunderson smirked and said, “Yeah, you can, like, just call shit mad faggy here. It’s no big. On Tuesdays we do old school hip-hop karaoke and we sing along. And I mean, like, every word. Don’t be a spaz about it, though.”

Connie Reamus, a regular at the cafe, added, “Honestly, I think it’s refreshing. To have a place where we can eat avocado toast, remember where we were on 9/11, and just let the slurs, like, fly.”

“Also, we can add a shot of Ritalin to, like, any drink these cunts want,” Gunderson said as he made a latte with a snowflake design on the top. “It takes me back to a simpler time, like, when we weren’t little bitches about shit. You know? Before everyone just ‘sperged out like they didn’t get a trophy or whatever.”

If that’s not enough to warrant a visit to the Millennial Cafe, visitors may also enjoy downloading pictures of Cindy Margolis on original Pentium computers over AOL, sneaking some of Gunderson’s mom’s Nicorette gum, or smashing some of Gunderon’s old He-Man toys with a hammer in the parking lot.