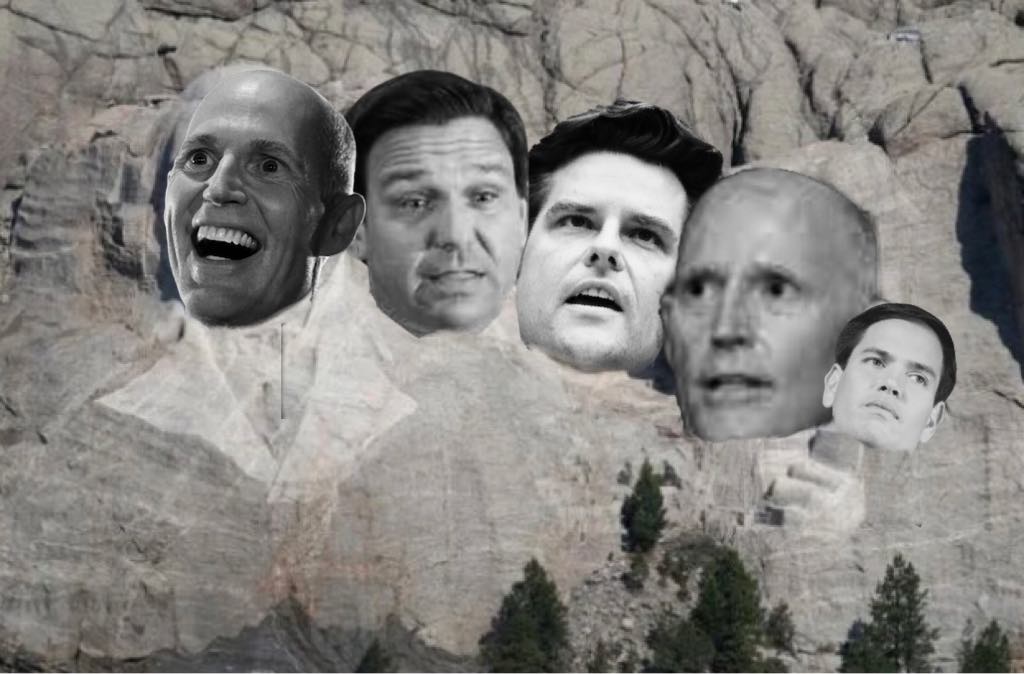 A new monument that will honor some of Florida’s most renowned elected officials has been planned for a mountain in Tampa.

Renowned sculptor Stoney Facewall says he will carve larger-than-life facial images of Rick Scott, Ron DeSantis, Matt Gaetz and Marco Rubio into the side of one of Tampa’s mountains, making the sculpture visible for miles.

“It’ll be called ‘Mount Douchemore’,” said Facewell. “And Rick Scott is going to up there twice, because his awesomeness as a governor and a senator deserves two equal servings of recognition and acclaim.”

“That’s the only obstacle and once we get past that, we’ll be on our way”, he said. “Funding is not an issue at all because there is an abundance of people who think this is a legitimately good idea and they can’t wait to throw all their hard-earned money at it.