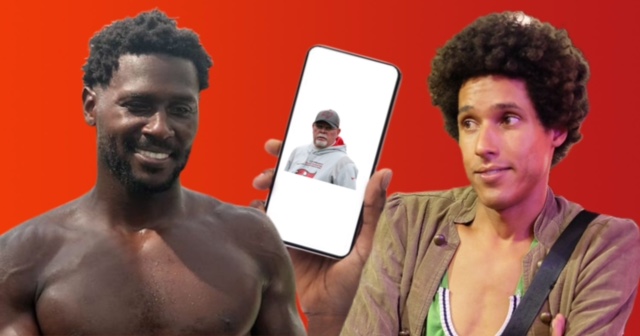 As more background emerges in the developing story of receiver Antonio Brown’s acrimonious split with the Tampa Bay Buccaneers and head coach Bruce Arians, much of it from texts sent and received by Brown, Tampa News Force (TNF) has obtained a text conversation that could be a significant factor in how the story unfolds.

Brown took off his pads and jersey and left the field during the third quarter of the Buccaneers 28-24 comeback win over the New York Jets last Sunday after an apparent disagreement with Arians, presumably over Brown’s refusal to re-enter the game, a decision he attributes to an injured ankle. Arians has disagreed with that assertion. The validity of the claim would appear to be a matter of who knew what and when.

According to the text messages obtained by us here at TNF, at least one person was aware that Brown was complaining of a sore ankle prior to the game: Jamie The Ybor Shoe Licker. Our crack research team has pinpointed exactly when the exchange occurred, determining they happened “a few days ago or something probably, like Friday maybe”…

Unfortunately, at this point the emergence of these texts raises more questions than it answers. Why do Antonio Brown and Jamie The Ybor Shoe Licker apparently know each other well enough to have exchanged contact info? Where did they meet? Do they hang out on the reg? Are the texts even legitimate? If not, how desperate to be part of a big local news story for the sake of drawing attention to themselves is TNF?

Stay tuned for updates as this story develops.