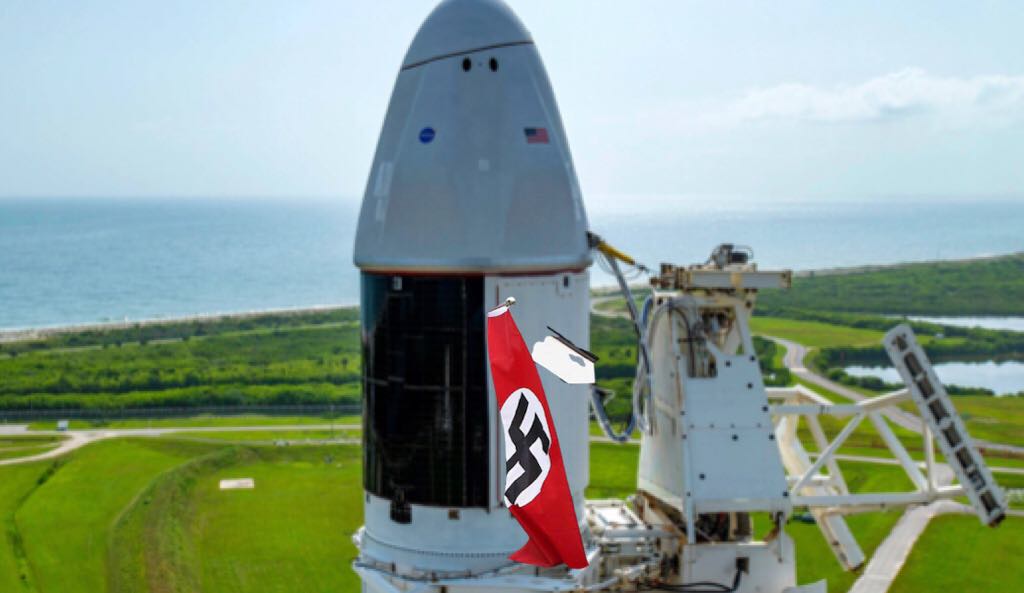 Nasa launched a rocket full of Nazi propaganda this morning, sending the former German government articles into the depths of space.

“Normally we would just burn or shred this kind of material, but due to climate change we can’t risk putting any more carbon fumes into our atmosphere or filling a landfill with this problematic content.” Said head of Nasa rocket development Jeeter Putz.

It was over 50,000 Nazi items and it cost the tax-payers 16 billion dollars, but it was the only way to get rid of this hateful memorabilia.” Putz rationed.

The propaganda will not orbit earth so there will be no fear of the articles falling back to the ground, NASA equipped the rocket with special boosters that will push it out of our worldly atmosphere.

“What happens if another alien species finds the rocket full of Nazi propaganda?” I asked Mr. Putz.

“Well, we don’t think there’s any aliens, so we’re not worried about that, but hypothetically if they were aliens, I don’t know, maybe they’d think we were trying to send them some message of like ‘this is what’s important to us’ or this is some sort of time capsule that went astray, I don’t know, I don’t get paid to think about these things, I get paid to build rockets that are used to shoot things into space, that’s it and that’s all.” Formidably explained Putz.

The rocket will be visible through telescope for the next two days until it breaks through our gravitational pull and drifts into the radiation filled outer-galaxy. Point your telescopes towards the third star in Orions Belt to try and find the propaganda rocket.