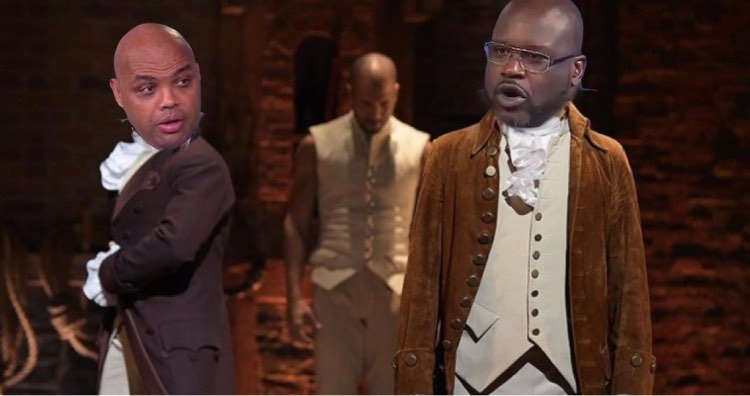 Netflix has announced that a new film starring NBA Hall of Famer and TNT commentator Shaquille O’Neal is currently being filmed in Tampa and will be available on the video streaming giant’s platform soon.

The film titled ‘Kazaamilton’ will serve as the long-awaited sequel to Shaq’s 1996 film ‘Kazaam’, his first starring role as well as the motion picture adaptation of the smash hit Broadway musical ‘Hamilton’ and will feature his contentious ‘Inside the NBA’ co-star Charles Barkley as his nemesis.

The film’s director Giddy Spincer of Dunedin outlined the plot: “Shaq reprises his role as Kazaam, a 5025-year-old genie who appears from a magic PS5 to grant three wishes to the U.S. ambassador to France… unless Charles Barkley shoots him first! Plus hip hop music and dance numbers.”

In spite of Netflix’s persistent attempts to persuade him to participate , Lin-Manuel Miranda, the actor, singer, rapper, composer, producer, and playwright who created Hamilton, which premiered on Broadway in 2015 and has been wildly popular, is not involved with the production of the film in any way. “I don’t like to be negative or cast aspersions on other artists so I want to be diplomatic and just say that this is not the direction I would have taken the story”, as he attempted to keep a truck from Netflix from dumping an enormous pile of money on his doorstep. “Damn it, third time today!”, he lamented.

The film is being shot at various locations around Tampa, although neither O’Neal nor Barkley are expected to shoot scenes locally. “Nah, that won’t be necessary. We’ll just rent a green screen from Tyler Perry”, said Spincer. “Although, that could change if the Raptors get their act together and somehow make it to the NBA Finals. We’ll see.”

← Local stock expert believes Taco Bus could be ‘the next GameStop’St. Pete Pier drifts away →