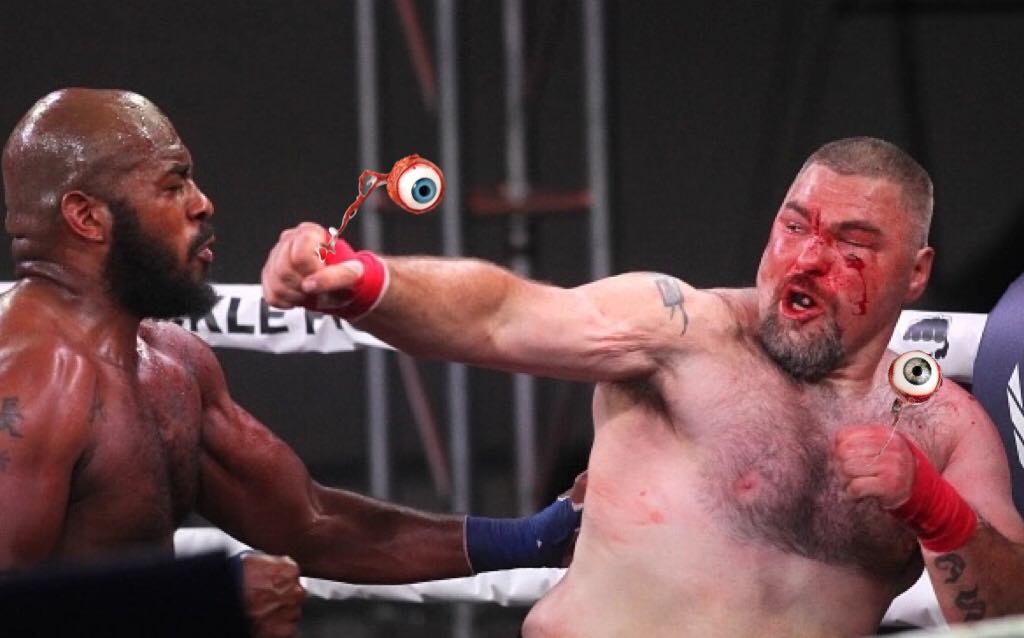 In an effort to meet the public’s ever-increasing bloodthirst, the Eye Gouging Fighting Championship (EGFC) will host their inaugural event at the Seminole Hard Rock on July 4th.

“You had boxing, kickboxing and MMA and those were all pretty good for a while, but today those things are viewed as quaint and genteel. You know, faggy. Now there’s a demand for even more intense, barely-regulated brutality for the sake of entertainment,” said EGFC commissioner Joe Retiner. “They even tried bare-knuckle fighting and that wasn’t enough for people. Well, how about this?”

The rules of the sport are simple: two opponents enter a ring and try to gouge each other’s eyeballs out. The first one to be rendered completely blind is the loser.

“It’s very easy to follow,” said Retiner. “That means it’s immediately accessible to anybody. Even the youngest children can be experts!”

Each fight is one 60-minute round. So far, the longest match has lasted seven minutes.

“That was because both competitors rendered each other mostly blind after two minutes and couldn’t find each other to finish it off,” said Retiner. “But they got it done, like true champions. True blind champions.”

“Helluva bout! The crowd really got their money’s worth that night!”

The sport prides itself on being all-inclusive. “Short, tall, fat skinny, old, young, it doesn’t matter,” said Retiner. “You got a couple of eyeballs and some fingers? Get in there and give it a shot!”

“What I like about it is that the stakes are high and it’s decisive. Lose just once and you’re done forever. No questions. That’s what sport should be all about,” said Gary Clevelern of Brandon. “That, and all the blood and screaming.”

Previous bouts have been presented at various taverns and kava bars in Tampa, Clearwater and St. Petersburg. The July 4th event will be the first in a high-profile performance venue.

“We are ready to make the jump to the big time. Kanye has already purchased ringside seats!” exclaimed Retiner. “You know, Gandhi was quoted as saying ‘An eye for an eye leaves the whole world blind’. I guess that silly pacifist bitch didn’t consider that it could also leave a few people rich. Like me.”

When asked about what this says about a modern society that seems to be becoming increasingly drawn to violence and simultaneously more numb to its after-effects, Retiner said, “Yeah, we’re concerned about staying relevant in the face of that and we’re already working on what’s next. I can’t tell you what that is because you’re not ready for it yet. But you will be. Sooner than later.”