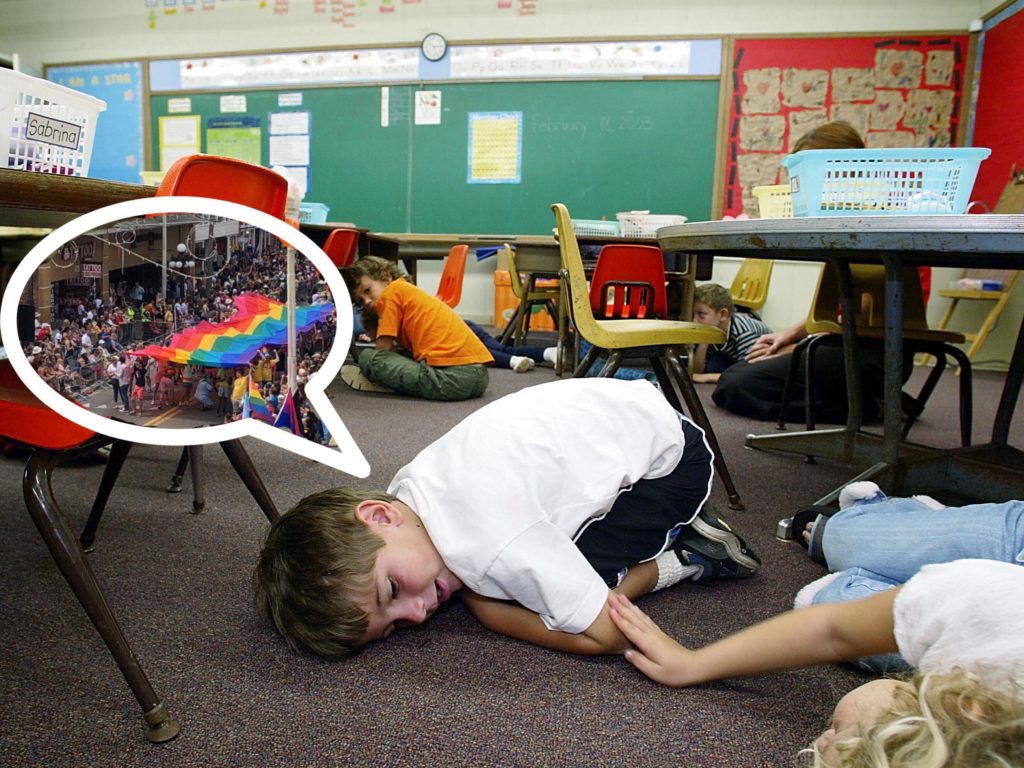 A new law handed down from the Florida State legislature makes it illegal to discuss anything ‘gay’ during a school shooting.

“Those last few precious moments in a child’s life before they’re gunned down in a classroom should be spent apologizing to God or begging for mercy or regretting that your teacher isn’t armed, not wishing at least one of your two mommies could be there with you,” said President of the State Senate Wilton Simpson.

Tactical law enforcement units waiting outside of school buildings for an opportune time to enter without putting themselves at risk (unless the shooter is gay, which would dictate an immediate breach) will use new, high-tech listening equipment to make sure the law is enforced. Students or teachers who break it will face fines or even jail time, in the unlikely event that they survive the shooting.

“Students don’t have to worry about peeing their pants because that isn’t gay at all,” he said. “God knows I’m not gay and that’s what I’d be doing. Thankfully, I’m a government official and the chances of me ever being in a situation like that are virtually non-existent, so I don’t need to worry about it.”