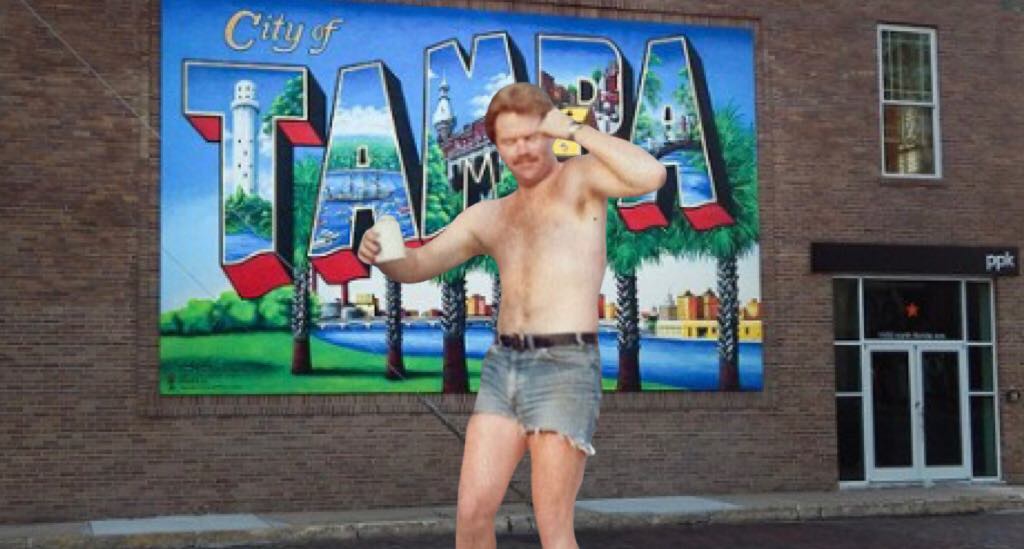 After his recent move to Tampa Bay, 28-year-old Kyle Willis realized that he didn’t own a single pair of shorts.

“Where I’m from originally I never had to wear shorts,” said Willis while wielding a machete. “I didn’t have any money when I moved here so I couldn’t afford to update my wardrobe.”

Willis, like many people his age, has been unable to find gainful employment and has been wearing the same clothes for many years.

“It was getting too hot wearing pants all day, so I decided to crop them down into shorts, which I later found out was a thing called jorts.” Willis then pulled out an old Walmart bag full of jorts.  “I think I cut these down too short, you want them?” He asked me.

I took the bag of jorts and went home to try them on.  To my surprise, what he thought was too short was the right length for me to show off the bottom part of my buttocks.

“I look pretty damn good in these,” I said to myself while modeling in front of my mirror. I then went out for a walk to work on my confidence.

“Hey sexy!” People whistled out of their cars as they drove past me. I was both flattered and a little bit embarrassed, but I wanted to make sure people knew I felt confident in myself.

One car began to catcall me until they realized I was a hairy Puerto Rican guy and they got out of the car to beat me up.

I am now in the hospital, but it looks like jorts are back in season.