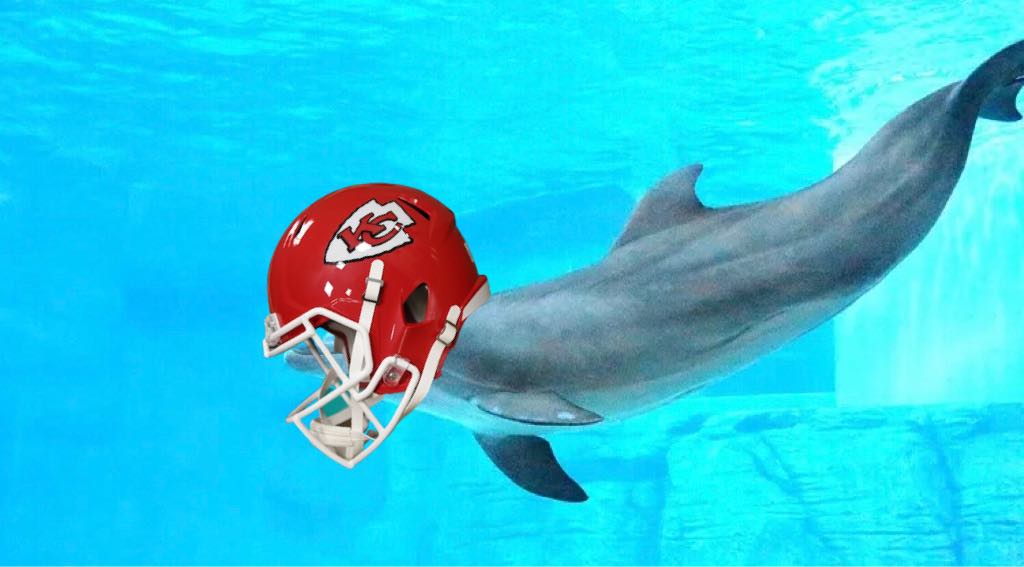 Today, on a day when the United States observed the time-honored tradition of forcing animals to make predictions that disappoint humans, Nicholas the Dolphin picked the Kansas City Chiefs to defeat the Tampa Bay Buccaneers in Super Bowl LV in Tampa Sunday night.

Nicholas, an Atlantic Bottlenose Dolphin residing at Clearwater Marine Aquarium, has been predicting the outcomes of sporting events since 2017 with a record of 14-7 and has a current winning streak of six straight after successfully picking Alabama to beat Ohio State in the 2021 College Football National Championship in January.

Presented with a choice between footballs with the two Super Bowl teams logos on them, he picked the Kansas City ball with no hesitation.

FUN FACTS ABOUT NICHOLAS THE DOLPHIN…