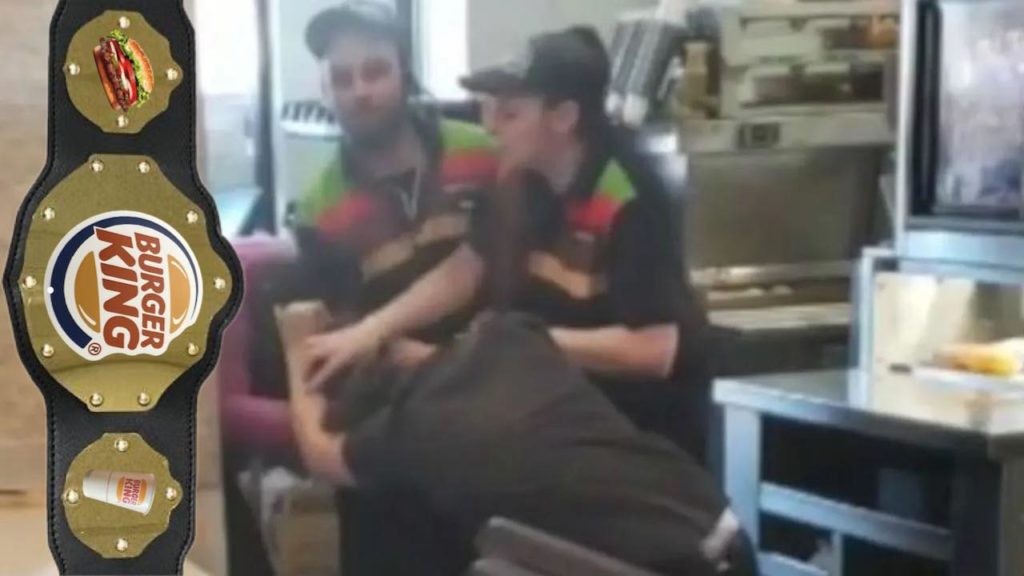 Following the Burger King Fighting Challenge that occurred last night at the Burger King at 7450 E. Hillsborough in Tampa, the location’s manager said that there were no winners.

“It’s safe to say nobody won”, Keith Dunkirk said. “Because they were all losers.”

“For starters, the brawl began when a customer got fries instead of the onion rings they ordered”, he said, standing amid debris strewn about the dining room, like napkins, straws, hamburger buns and the remains of a soda machine which had yet to be cleaned up from the night before. “Come on. That happens all the time and is an easy fix, especially when it’s dine-in. It certainly doesn’t merit a physical confrontation.”

“Sure, I guess some of them probably came out of it in better shape than others after the melee, but it’s hard to pick ‘winners’ when every participant left here in handcuffs in the back of 14 different squad cars. These are people who get into fist fights at Burger King on a Saturday night, after all. Winners?”, he said, as he began sweeping up the mess. “What a bunch of losers.”

The next BKFC event hasn’t been formally scheduled but will undoubtedly happen at a Burger King near you soon. Maybe later today, depending on when you’re reading this.

In other east-of-Tampa news, the latest edition of the Bare Knuckle Fighting Championship took place at the nearby State Fairgrounds last night as well. Nobody knows or cares who won that either.