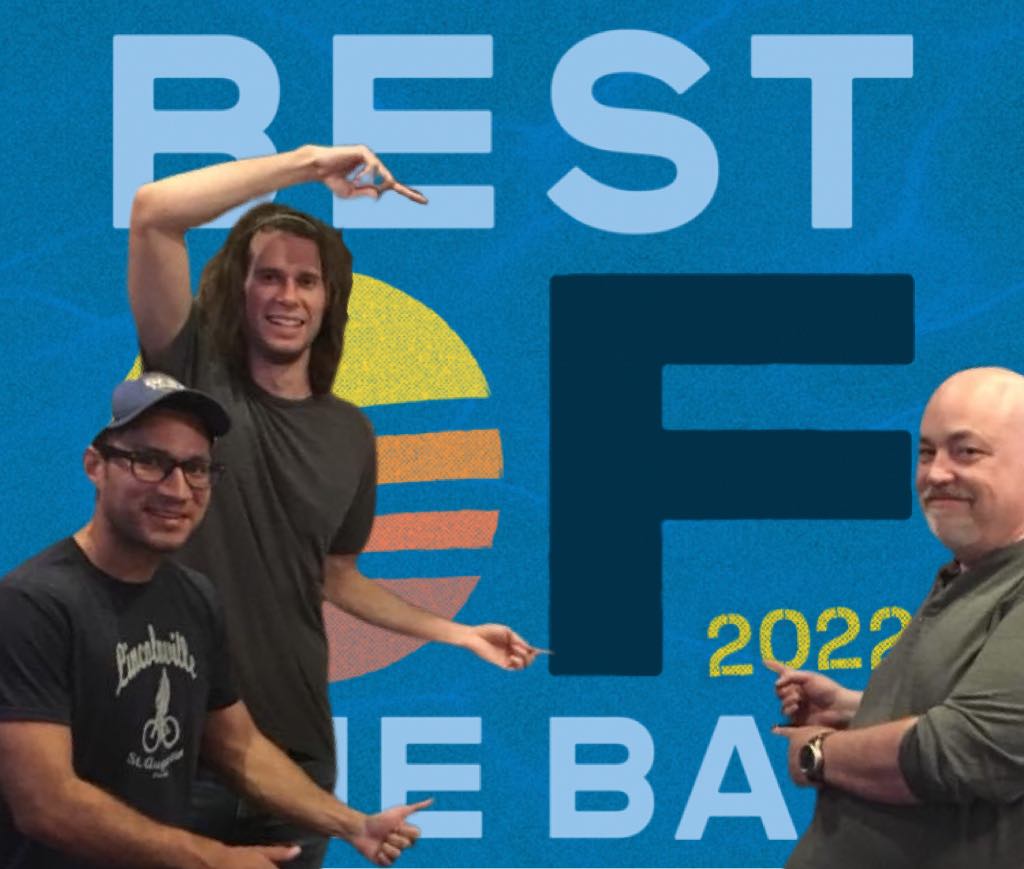 The nominations for the 2022 Best of the Bay Awards, presented by Creative Loafing, are now open!

Let’s just skip all the bullshit: We want an award and the only way we will get one is to first, get nominated and then second, get voted for. We’ll bug you about the second part later, but for now we would like to bug you about nominating us. Because only the top ten (10) nominees move on to the voting process.

Here’s the tricky part; there is no category within the ENTERTAINMENT group that really fits what we are, which is an all-local, multi-genre arts and entertainment platform that produces written satire (every day), short films (all of which have been featured at the Dunedin International Film Festival), sketch comedy videos, live shows and a book, all while offering creative outlets to more than 50 different independent content providers (comedians, actors, writers, artists, etc.) in the Tampa Bay Area (so far), a truly unique arts & entertainment organization. So-called “filmmakers” begging on social media for help flogging that one movie they made four years ago don’t come close to bringing to the community what we do.

With that in mind, we’re asking that you nominate us under BEST EXPERIMENTAL ACT. Since nobody seems to know what the hell that is or what the hell we are doing, that would appear to be the best fit.

While you’re in there, sure, go ahead and nominate lots of other things, too. Just make sure you nominate TAMPA NEWS FORCE for BEST EXPERIMENTAL ACT in the ENTERTAINMENT group.

Also, please follow the specific guidelines Creative Loafing has established, especially when it comes to only nominating local entities. Because a couple of years, ago Eddie Murphy was nominated for BEST LOCAL COMEDIAN and the only thing funnier than that is that he didn’t win.

Here’s the link. Go ahead. Click on it. Safe! https://vote.cltampa.com/