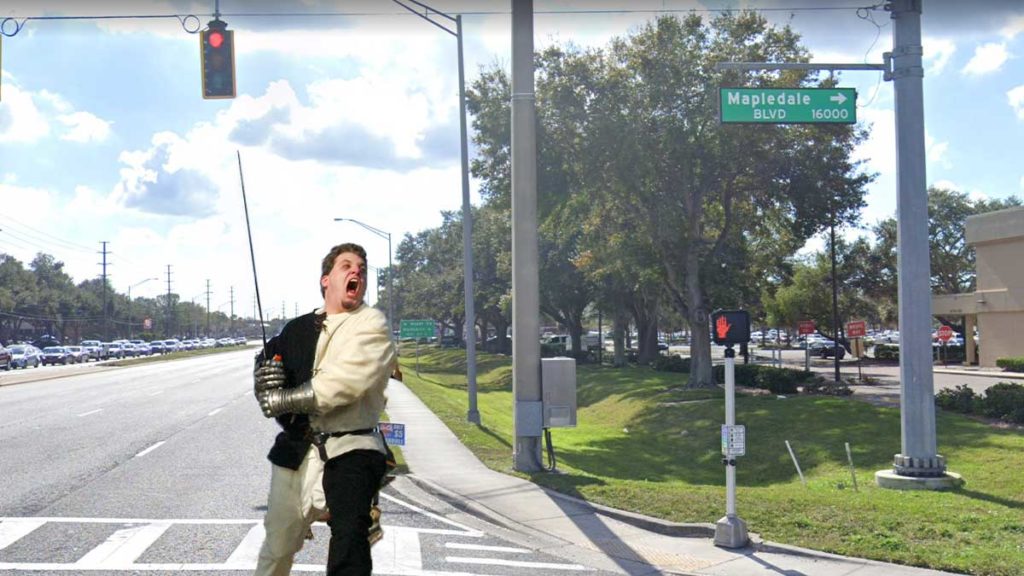 Hillsborough County Sheriff Chad Chronister announced the arrest of Joseph Lightfoot, a stay at home dad of triplets, for the destruction of state property. Lightfoot was seen returning a plasma cutter to the Home Depot rental center on North Dale Mabry Highway shortly after the traffic signal box at the corner of Mapledale Blvd and N. Dale Mabry malfunctioned.

Sheriff Chronister noted that the signal box located next to the Home Depot didn’t malfunction, instead it was completed melted. “Not a single wire is salvageable,” Chronister then went on to say, “If you have an issue with FDOT, and their smart lights let them know, melting their controller is not the way to do that.”

Lightfoot said he did it for the children. “Every morning I take my kids to kindergarten and every morning it is the same. If no one is leaving Home Depot only 4 to 5 cars can make the left turn from Mapledale onto N. Dale Mabry before the light turns red.”  Lightfoot said that the Highway light stays green the other way for 4 minutes. “However, if a high school kid needs to cross Mapledale and they press the walk button, they get 45 seconds to cross, and it forces the light-cycle to reset. I have to wait an additional 4 minutes, it’s not fair to my kids.”

Lightfoot was referring to the elementary school’s policy on tardiness. If his kids don’t enter the building on time, then they get lunch time detention. “Kindergarteners not being allowed to play after eating become crazy. For Christ’s sake I have triplets. And it’s all because of that damn box.”

“I really thought about it on the way back from drop off,” added Lightfoot. “When I was a kid we could buy blackpowder at local hardware stores to reload shotgun shells, but I couldn’t find any. I even looked at Sam’s Club next door. None to be found. So as I was leaving Home Depot I noticed the rental center and asked if they had a plasma cutter,” he admitted. “At first I was thinking I would just cut the two inch galvanized conduit but that plasma cutter is so much fun. It’s the first time I used one and I also rented it for an hour.”

When asked about taking another route or if he tried another means, Lightfoot explained, “I did hire a high school kid. You know Gaither High School is next door, so I paid a Freshman $10 a day to push the button to cross Dale Mabry but he just took my money, pressed the wrong button, and ran into Taco Bell yelling something about a pervert. This was just simpler and more gratifying.”

Lightfoot was released on $100 bond in time to pick up his kids and the D.A. is not considering pressing charges. “I have lived car drop-off line and he did it for the children, the D.A. understands,” said an anonymous spokesman for the DA office said, not wanting to be identified since she wasn’t authorized to speak on this case.

LeRoy Alaways is currently a stay-at-home dad of 5-year old twin girls. His before kids’ life includes rocket scientist, legal whore (expert witness), mechanical engineering professor, and sport scientist. His most famous work is on the Aerodynamics of Curveballs and is in the library of the National Baseball Hall of Fame.

View all posts by LeRoy Alaways →