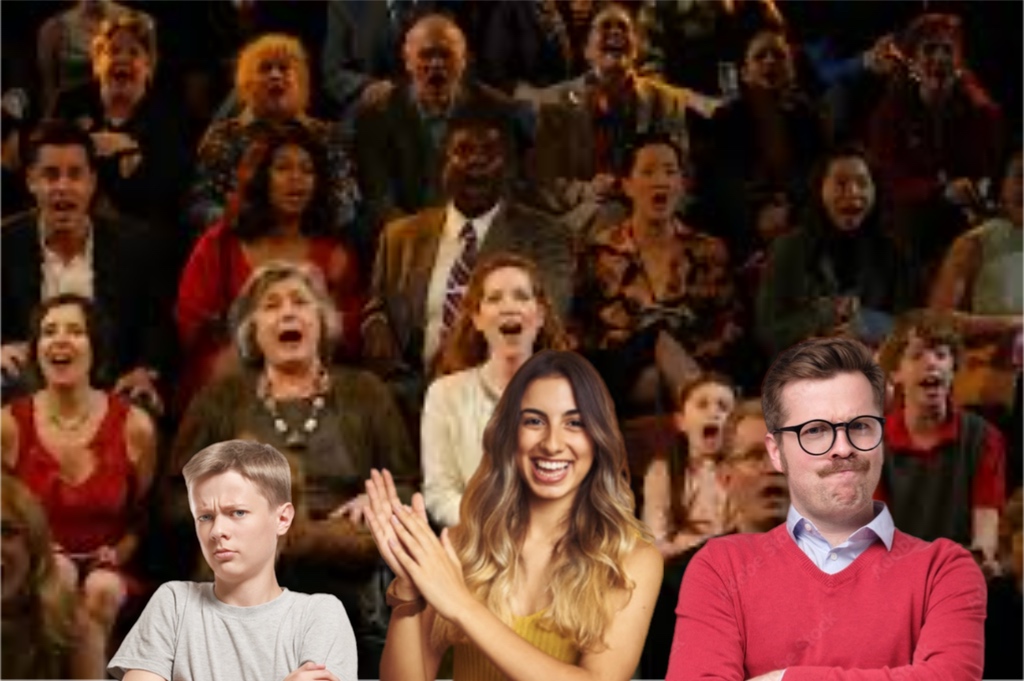 A family’s visit to the Straz Center last night ended in disappointment after this season’s premiere performance of “The Nutcracker,” the 1892 two-act ballet originally choreographed by Marius Petipa and Lev Ivanov with a score by Pyotr Ilyich Tchaikovsky that has become a treasured holiday classic.

Apparently there was some confusion about the show’s content on the part of the DeGroot family before they bought tickets.

“I think we were expecting something along the lines of ‘Jackass’ with Johnny Knoxville,” said Marvin. “Or maybe a martial arts exhibition or ‘America’s Funniest Videos’ or even NFL bloopers. Something like that, with lots of gratuitous crotch shots and groin injuries.”

“Yeah, instead we got nothing like that at all,” chimed in Devin. “Just a bunch of fruits dancing around. Gay!”

“Now Devin, that isn’t… well, again he pretty much nailed it,” said Marvin.

Janice DeGroot, Marvin’s wife and Devin’s mother had a difference of opinion.

“Oh, shut up mom. You stupid bitch, you don’t know anything,” said Devin.

“Devin!!” she shouted shocked, before looking at Marvin and asking, “Are you going to let him talk to me like that?!?”

“How can I correct him when he’s always right?”, replied Marvin with a rhetorical question.